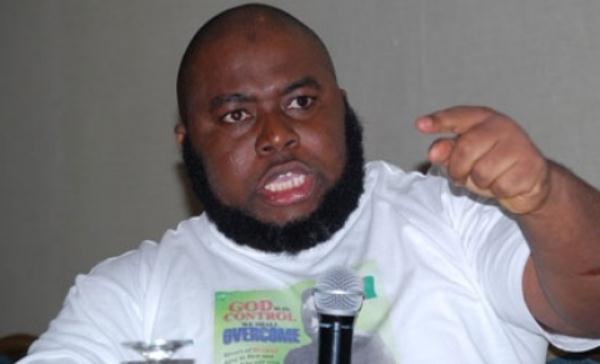 Asari Dokubo, the former militant who promised to unleash violence on the country if the incumbent President Goodluck Jonathan failed in election, has issued a new threat. He promised to return “to the creeks” and blamed the Yoruba and Hausa for working against Igbo and Niger Deltans.

Dokubo said the election of General Muhammadu Buhari as president “is a clear indication that the country is not united” and blamed the Yoruba and Hausa for cooperating to frustrate Jonathan, who applauds from the Niger Delta region.

In a comment realesed by his spokesperson Rex Ekiugbo Anighoro, Dokubo saud: “Nigerian union clearly reinforces the fact of self determination and that Nigeria remains a very divided and separated entity whose claim to unity remains a fraud of gargantuan proportion.

“The celebrated victory of Buhari is not the victory of the people but victory of regional conspiracy and supremacy. The voting Partern has clearly shown that the Gambari North and the Yorubas are United in the conquest of the Niger Deltans and the Igbos of defunct Biafra with the middle belt now used as pawns.

“The victory of Muhammadu Buhari is a historical reminder that we are a conquered people who are mere appendages existing at the pleasure of the supremacist and the regional overlords.

“We remain a people separated by our ideologies and interests, we are not integrated nor reconciled.”
Former militant supposed that the elect administration could endeavor to sabotage the interest of the Niger Delta and called for a return to the creeks.

He added: “The conditions that advanced the need to embrace the creeks have been sadly re energised, it is clear that a vicious government who may maim and murder the voice of the so called minorities may have just been birthed. Indeed integration is nonexistent as regional gang ups and supremacy is symbolic with this victory.

“While President Goodluck Ebele Jonathan enjoys his moments and bask in the euphoria of a now world renowned statesman having congratulated Muhammadu Buhari his conqueror, we must quickly remind that our struggle was never about Jonathan nor about presidency.

“President Goodluck Jonathan was an establishment beneficiary of our struggle, our sweat and blood that many bled and died for,  he was never in the struggle and he can never wish away our collective march forward for statesmanship. Yes Indeed to an extent he was a  mitigating factor in self determination pursuit as we went on sabbatical, this mitigation he seem to have willingly repudiated.

“The days coming will be critical, we shall study all the conditions and consult widely before determining the way going forward for our collective existence and survival as a people. The days coming shall either drive the quest of integration or further separate us.”

It should be noted that the fake tweet circulated yesterday on the media. It stated that Asari Dokubo acclaimed President Jonathan and said he is a friend to any government, but later former militant denied the such news, saying that he would stay lyoyal to Jonathan.