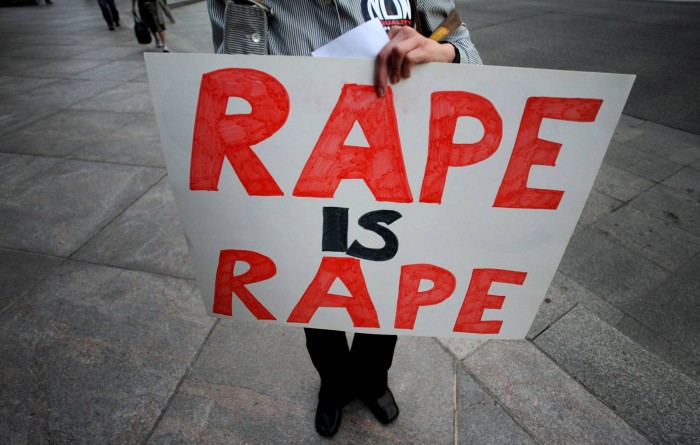 Woman reveals DARK family secret – Too many families possess the kinds of deep, dark secrets that no one ever talks about. Then, when those secrets are revealed, and children find out they’ve been lied to for a lifetime, it’s that much more hurtful.

Ruggedman narrates how he saved a stranded female traveller…

Tiara Stevens loves her son a great deal, but found herself asking the kind of question that no mother should ever be forced to ask herself about the child she loves so much: Is he my brother or my son?

According to paternity tests, it turns out that he is both. Tiara says that when she was 12-years old, her father got her pregnant. She even says that she didn’t know that her father was making a baby inside her when the incidents took place, because she was too young and naive to know what was happening to her body.

“He never told me what he was doing,” said Stevens, according to WIS-TV. “It was just late at night. He would come in, take my clothes off, and he would have sex. And he would leave and he would say, ‘You better not stay up all night,’ and I would go in the bathroom and I would cry. The next night he may not do it, but the next night, he would repeat the same thing.”

The 27-year old woman says that she didn’t know for months that she was carrying her own father’s baby. Then, she went into labour and had to be taken to the hospital.

“The only place I went was to the hospital,” said Stevens. “Never went to any doctors appointments or anything. Only thing I remember is passing out at school. I really didn’t get big or nothing.”

In an even more disgusting turn of events, she says that it was her father who realized that the little girl was pregnant. How did he find out? He realized it when he was on top of her, trying to enter her womb.

“He had done what he usually did to me and the baby kicked and whenever he did, he said, ‘Get up, hold your shirt up. You’re pregnant,’” said Stevens.

The child is now a teenager and because in-breeding is disruptive to the genetic process, the boy is both blind and an albino. But despite these challenges, Tiara says that her son is a smart child.

“He loves computers,” said Stevens. “So that’s what he’s working on at school. He’s in 9th grade now. He’s a freshman.”

If you hear about abuse happening in your family or someone else’s, do not remain silent about it. Call the authorities immediately, for you might save someone’s life in the process.

After waiting for over a decade for justice to be served, Stevens was upset to learn that Montgomery only received a year in prison for the crime. “It was a slap in my face,” she said. Stevens gave birth to a son/brother who is albino and blind because of the inner-mixing of the same genes. Throughout the pregnancy, Stevens was unaware that she was with child until the day before he was born, after she went into labor at school. “To wait 14 years and all a person gets is 1 year? A pat on the back telling them it’s okay to m-lest your daughter, impregnate her, and for her to have a child, a blind child? It’s ok?”

Montgomery was indicted in 2000 after a DNA test confirmed that he was the father of his grandson. He bonded out of custody, and continued to live in the same small town as his daughter and their child.

After continuous prodding from Stevens, and a fire at the 6th Circuit Solicitor’s Office (which destroyed Montgomery’s court documents), authorities finally went forward with a trial— 12 years later. “We didn’t used to have a computerized system up here,” said solicitor Doug Barfield, who noted that they department “did not realize” that they had stalled on the case.

Stevens told authorities that her son was conceived after she was attacked by her father in the mobile home that they shared, back in 1999, but she was sexually assaulted by him on other occasions.

Now an advocate for victim’s right, Stevens has forgiven her father but grapples with what to call her son. “That confuses me a lot. It’s like, ‘Which one are you today? Are you my son, or are you my brother?’ Because he’s really both.”

7 small habits that steals your happiness which you need to give up NOW!