Popular OAP comes out for Burna Boy, insults him – See what happened! (+Photo) 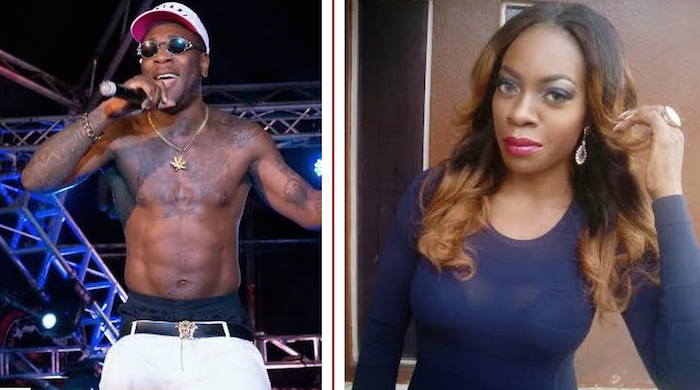 OAP comes out for Burna Boy – Shade Ladipo is an On-Air-Personality and TV producer. Read what she wrote about Burna Boy: If you had asked me 6 weeks ago which Artiste I was going to write on, it would have been about how bad a performer Naeto C is and why he should give up being a performing artiste.

But somehow, I think Burna Boy has trumped all this with what I call an Epic Failure at being an artiste.

He hoarded the microphone even though he was just a guest on the stage and at a point the owner of the night had to just ingest himself into the performance ‘make e no be like say’.
I then decided that I wanted to see him perform live again because you see, I am a huge fan of Burna Boy and live music in general. Infact I did an instagram post on 5 things I like about Burna Boy like 8 months (FYI I do not know him personally on any level)
So when Gidi Cultural Fest advertised that Burna Boy was in their line up I was pretty excited.
I waited from 9PM till 4:30AM for the moment he would arrive on stage and ‘Ol Boy did he arrive….Burna arrived in a construction type truck which was amazing and then……it all went down hill from there
First there was no introduction from him which was not bad or even noticeable considering a great number of people in the crowd were tired from the whole event proper, I then noticed that Burna did not really seem to care if the crowd were feeling him, of course he made sure we shouted to the parts of the songs that are most noticeable but asides that, Burna was having fun on the stage sometimes with his dancers without any kind of connection to the crowd.
The place could have been empty and Burna would have performed the same way he did. The set wasn’t impressive as the mixes were skipped into each other without much thought, Burna was singing on his songs which already had vocals (and he was off key half of the time), at a point he couldn’t even sing along to a particular song and he really just let the song do its thing and finally without saying a word and without the song ending, Burna just left the stage like someone had insulted his family lineage.
Like who comes on stage and leaves abruptly without notice, haba did we annoy you? Abi we didn’t come on time?
You must understand that Burna Boy was one of the Major headlines for the event so a good number of people had waited it out to hear and see him perform and in my opinion that was the worst performance of ALL time.
My advice for the young cats who got on stage that night is simple
YOUR FANS MAKE YOU (‘make’ being used in continuos present because they can also break you, its an ongoing process)
No apologies but please try to make brilliant music and have no one listen to it, you will simply be a studio rat without a penny to your name.
P.S.
M.I. Abaga was on stage before Burna and I will cry and die for a true Artiste like Mr. Incredible because every step of the way he sees, acknowledges and feeds off the crowd (Same for Falz, Waje, Awilo Logomba, & Vector who also performed)
Burna please grow up, you are talented but you cannot eat talent, people must key into your talent and for it to be sustainable they must key into it for a very long time (unless you are interested in flash in the pan then you are on course)
Being an Artiste transcends just coming on stage and giving us back the same songs which we already have on CD, being a performing Artiste is about so much more.
P.S.S. Money slow to enter, Money quick to go (Ask Idris, Ask Styl Plus, Ask Olu Maintain)
#SAI
Shade Ladipo is the co-host of The Grapevine on Smooth 98.1 FM, Independent TV Producer and a Travel Entrepreneur…
-LIB