Revealed: Read what happened between Jonathan and Buhari phone call 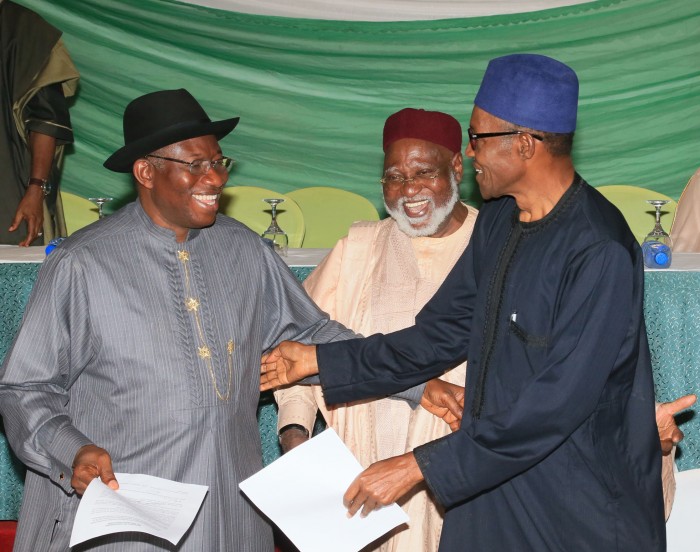 What happened between Jonathan and Buhari: The Special Adviser on Media and Publicity to President Goodluck Jonathan, Dr. Reuben Abati, on Wednesday revealed that Jonathan, in the final moments of the election result collation, when it was clear that he would not win the 2015 presidential race, remained strong and calm. He said while he and other Jonathan aides were devastated, Jonathan remained calm, thus forcing them to draw strength and direction from Jonathan.

Abati, who spoke to BBC’s Will Ross, said Jonathan called him and told him that expecting a different outcome was not feasible; therefore he should draft a concession speech.

“He summoned me and said this thing is over we have to prepare a statement and I’m going to call Gen Buhari,” Abati said.

Abati said that Jonathan emphasized that the speech must preach peace and acceptance.

He also said that Jonathan told all Peoples Democratic Party, PDP, chieftains to accept the result in good faith and feel proud that they had succeeded in deepening Nigeria’s democracy after 16 years in power.

He said Jonathan’s statement that his ambition is not worth the blood of any Nigerian will be quoted for decades to come and that his statesmanship will be etched in the history books forever.

He said that all those who were fleeing out of the country or to their villages, expecting violence, will come back to peace all because one man, Jonathan, had the courage, at a very critical point, to put Nigeria first.

Abati stated that though he has no knowledge of Jonathan’s immediate or future plans, he would serve on the Council of State, reserved for all living past Presidents and Heads of State, and serve as a Nigerian and African statesman.

He said that in their time in office, Jonathan, his cabinet and all his aides, have always put the unity of Nigeria first and that they always looked to ensure that the public/Nigerian interest is protected.

Dear men, these are the 5 common sex mistakes you make which always spoil the fun (Take Note)