Supreme court verdict on Fayose: The Supreme Court has dismissed an appeal that was lodged against Governor Ayodele Fayose of Ekiti State by the All Progressives Congress, APC. 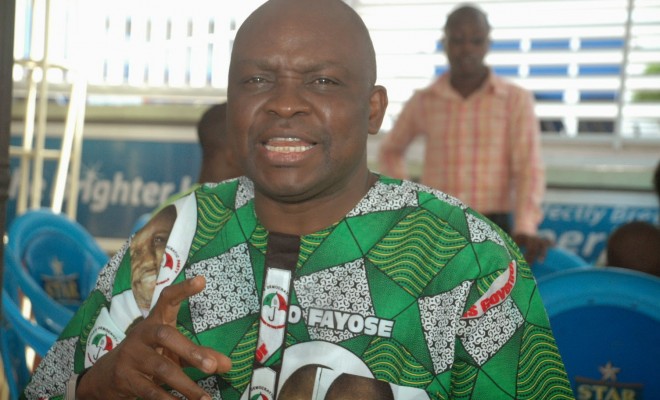 In their unanimous judgement this morning, a seven-man panel of Justices of the apex court led by Justice John Fabiyi, held that the appeal which challenged Fayose’s election victory, lacked merit.

‎The panel maintained that the APC failed to prove its allegation that the election was fraught with unparalleled irregularities, adding that the allegation that Fayose tendered forged Higher National Diploma Certificate ‎to the Independent National Electoral Commission, INEC, was not proved beyond every reasonable doubt.

While upholding the concurrent judgements of both the Ekiti State Governorship Tribunal and the Court of Appeal which had earlier affirmed Fayose’s victory, the apex court, ‎further stressed that the respondent (Fayose) was not validly impeached in 2006.