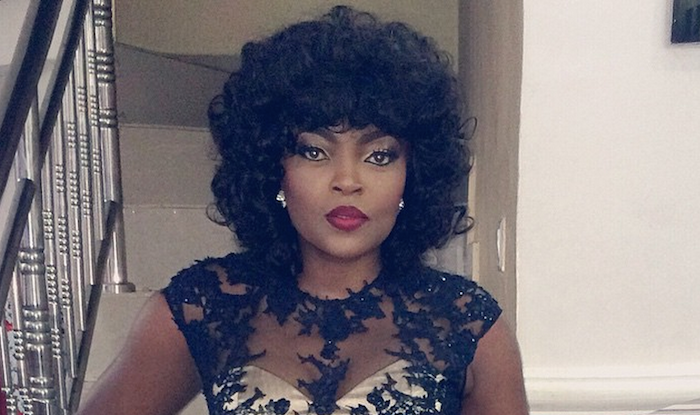 30 BUKKY WRIGHTRumour-mongers claim that Bukky is married to four other men aside her new husband.“We gathered that her first was to one Gboyega Amu with whom she had two children.Shortly after separating from Amu, due to what she termed irreconcilable differences, she moved into the arms of fellow actor and one time NNPC top shot and current member of the House of Representatives, Rotimi Makinde, without officially divorcing Gboyega Amu.The union lasted a few years before she moved on in the same fashion and found solace in the arms of society journalist and image maker, Femi Davies.Bukky and Femi got married at the Akodo Registry in Lagos without still dissolving her early marriages. Her nuptials with Femi Davies followed the same pattern.It did not last up to a year before she also walked away without going to the courts to seek for a divorce, making her the wife of three men. Not done with the three and the numerous flings,she later got hitched with renowned music promoter, Bolaji Saheed aka Basia who was then based in Canada.”Within a short time, and true to type, they got married in a hush-hush Islamic Nikkai.

“I don’t care what anybody says” – Nigerian man shows…

No politician is sponsoring me – Skit-maker, Ashmusy

“When a man impregnates his wife, he has committed sin” –…

Guys, How to become IRRESISTIBLE to women

Check out the queue for fuel at Capital Oil this morning – Unbelievable! (+Photo)