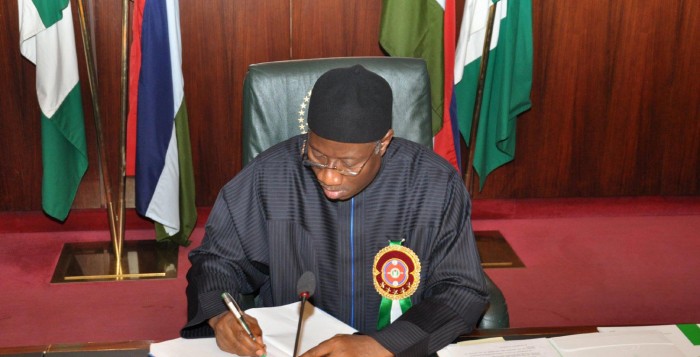 The contracts in question were said to have been awarded by the president to Messrs CTOW Terminal & Marine Services and Ibejige Services Limited, two unregistered ghost companies in defiance of due process.

The controversial contracts meant for the provision of  third party towage services (TPTS) at Warri and Onne ports pilotage districts have come under intense scrutiny following revelations by sources close to the Federal Ministry of Transport (FMOT) in Abuja that the award of the contracts by NPA to the two firms did not follow due process .

Added to the fact that the companies are not registered with the Corporate Affairs Commission (CAC), they also do not have a known address.

Finding by The Nation, indicates that the president’s approval for the contracts was contained in a letter last year to the NPA through the Federal Ministry of Transport on August 14, 2014.

The short duration of three days in which the approval was made has also raised suspicion  considering the bureaucracy that slows down such  transactions.

Speaking on the controversial contract, a senior official of the NPA said: “Was the Bureau of Public Enterprise (BPE) involved before the President gave his approval and the contract was awarded by NPA? What was the role of the supervising minister in this regard? Answers to these questions are very essential because if I am approving a contract to any company and my minister and the officials of the agency cannot verify for me whether the company is registered; then I don’t know what they are doing as the head of that organisation.

“If the President, who awarded the contract did not know, the Managing Director of NPA ought to seek confirmation from CAC and his head of legal department.

“With the award of this contract, the President, his minister and the sacked managing director of NPA have created a wrong impression before the in-coming administration that many other unregistered companies got multimillion dollar contracts under the out-going administration to siphon public fund.”

The controversies raised by the award of this contract appears to give credibility to the allegations by the All Progressives Congress (APC) a week ago that Goodluck Jonathan administration was involved in last last-minute looting of the nation’s resources through hurried recruitment into the public service and rushed privatisation of key financial institutions.

What?? Man caught pant down having sex with a goat in Ogun state – This is madness! (See Photo)

16 tips to keep a conversation going with the opposite sex..