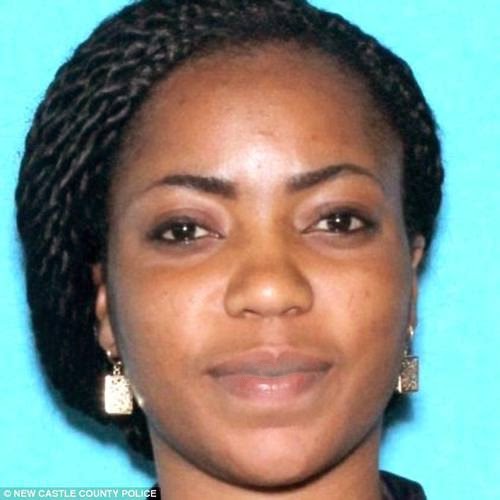 Share
Yinka Adebamiro murder latest: SaharaTV spoke exclusively with the sister of Temitope Adebamiro during its May 2nd television broadcast. Temitope’s sister, who spoke with SaharaTV on the condition that her identity was not disclosed, revealed that Temitope was not as much of a victim as local media in the United States has made her out to be. Nov 12, 2022
Temitope, a Nigerian national, was arrested last week in Delaware on first-

degree murder charges for allegedly slashing her husband’s throat. Her husband, Adeyinka Adebamiro, is also a Nigerian national, though he has lived most of his life in the United States.

Temitope’s sister told SaharaTV correspondent Fatima Sesay that she did not approve of Temitope’s lifestyle choices, citing that she refused to attend church and smoked a lot of marijuana. Temitope, according to her sister, enjoyed a partying lifestyle and would consume a lot of alcohol.
When challenged that Temitope’s behavior was not extreme by most contemporary standards, her sister revealed that Temitope had numerous extramarital affairs.
Rumors in Philadelphia, where Adeyinka worked, had been swirling that he was had extramarital affairs and was physically abusive to her—which drove Temitope to murder him. However, Temitope’s sister stated, “whatever she is saying [about him cheating], she is just trying to cover up what she has done. He would never cheat on her.”
Temitope’s sister also revealed to SaharaTV that she witnessed Temitope cheating on Adeyinka. She said Temitope “has been the one cheating on him, I can count five that I know of that she has cheated with. When I confronted her, I told her there is no need to be in the marriage if she didn’t love him. I noticed about two and a half years ago, she’s been coming in with some [more men].”
Shockingly, it was also revealed during the interview that Temitope had turned to Black Magic, and may have been practicing rituals. Temitope’s sister believes that she may have been under the influence of these forces when she killed her husband.
Temitope began scaring her sister when she first started experimenting with juju. Her sister told SaharaTV “I noticed about two and a half years ago that she’s been practicing black magic. I was really scared when I saw some [fetish] items in her wardrobe. I even called my pastor in Nigeria and he told me to pray.”
Adeyinka also spoke to his sister-in-law about Temitope’s experimentation with magic, according to her.
“She [Temitope] was in Nigeria when he [Adeyinka] found some of the things that she had under the bed. I wasn’t there but according to him he has not been happy with the whole issue and he was praying about it. For 3 nights he didn’t sleep in the bedroom,” she said.
Temitope’s sister also alleges that Adeyinka told her that he discovered a secret stone in the house, tainted by Dark Magic, which he believed was being used against him.
When asked what she felt the media and listeners should know, she told SaharaTV that “I want them to know that he was a very good man. He didn’t deserve to die.”
Adeyinka Adebamiro was buried on Saturday May 2nd in Philadelphia. Presently, Temitope Adebamiro is incarcerated at the Delores J Baylor Women’s Correctional Institution where she is being held without bail and awaiting formal arraignment by the court.
According to court documents provided to SaharaTV by The News Journal in Delaware, she is held on charges of first degree murder and possession of a deadly weapon during the commission of a crime.
Cullage from saharareporters.
I see this woman standing in the prosecution box when her sisters trial begins.Tope how i wish you walked away.I feel so sorry for you…so sorry!
-stelladimorkokus

7 Sensitive places to touch your woman

Signs to know if you are in love or lust – All you need to know!