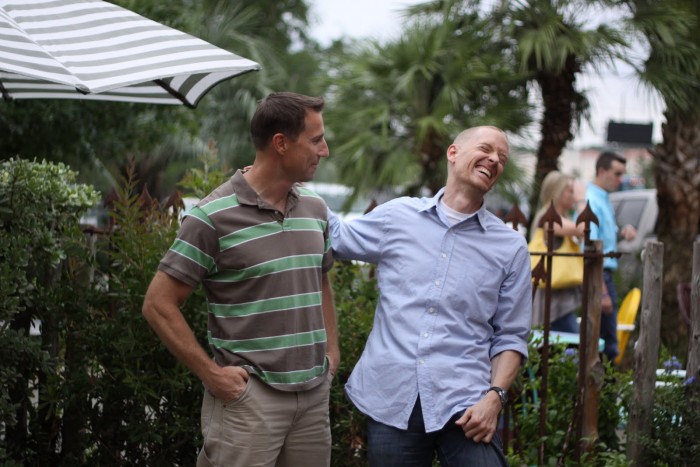 Signs of a ‘Legit’ bromance – While the idea of a bromance isn’t a new one, the word “bromance,” itself – which was first introduced in the early 21st century – entered millennial vernacular and gained cultural notoriety through various forms of popular media around 2005.

But what took so damn long for this to happen – why have close male friendships been such a taboo topic while women have been flocking to public bathrooms in herds for centuries without speculation of “something more” going on between them?

We spoke to an expert on male friendships to discuss this profound shift in acceptance and let us in on what happened that made bromances a relationship that’s sought after, not shameful. Having researched male friendships with over 400 men, Dr Geoffrey Greif, professor at the University of Maryland School of Social Work and author of Buddy System: Understanding Male Friendships, is arguably the best person to speak with on the qualities of a true bromantic relationship.

Greif suggests the recent introduction of the term is a reflection of society’s altered opinion on the theme – that men can indeed have close friendships with other men without suggesting there may be romantic ties.

Greif provided us with five qualities of an authentic bromance.

“Men are less afraid about expressing their feelings than their fathers or grandfathers were,” says Grief.

If you can’t have an honest conversation with your bro, you’re not involved in a legitimate bromance. A bromance has layers; your bro should be able to tell you everything there is to know about him, and vice versa. If he feels the need to lie to you to because he thinks you’ll judge or tease him, this means there are metaphorical walls blocking your bromantic potential. Are you a fan of Carrie Underwood? Your bro will know this, and sure it’s embarrassing, but he’ll blare her newest track whenever it comes on the damn radio because who cares about surrounding cars and the judgement coming from within them.