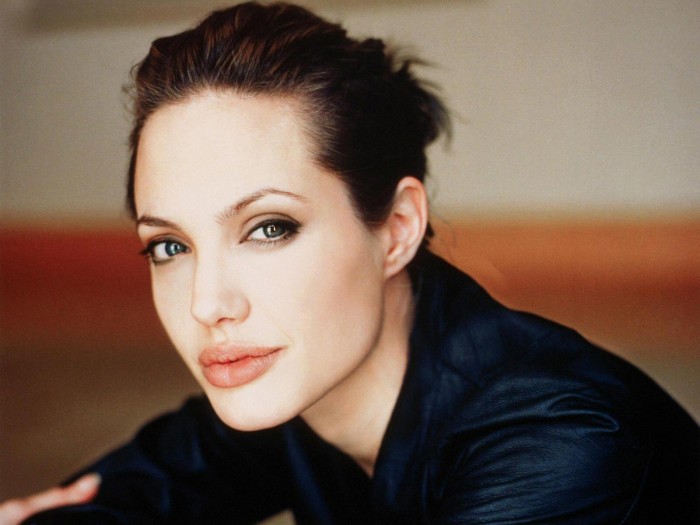 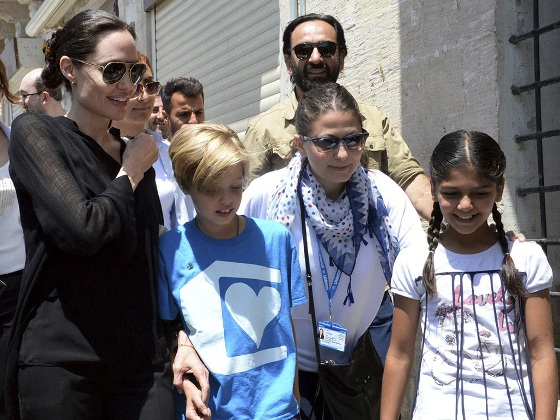 Jolie Pitt, who serves as a special envoy of the United Nations High Commissioner for Refugees (UNHCR), and her 9-year-old daughter with husband Brad Pitt visited a Syrian and Iraqi refugee camp in the town of Midyat, in the Mardin province of Turkey. 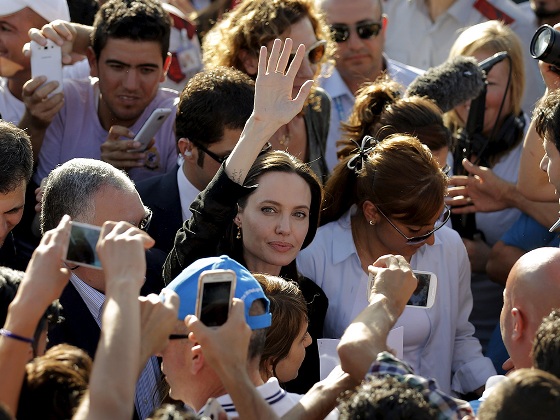 The star also met with Turkey’s President Recep Tayyip Erdogan, discussing the crisis in the world’s largest refugee community, according to a press release.

“Our world has never been richer or healthier or more advanced. Yet never before have so many people been dispossessed and stripped of their basic human rights,” she said according to the release. “We should call this what it is: not just a ‘refugee crisis,’ but a crisis of global security and governance, that is manifesting itself in the worst refugee crisis ever recorded – and a time of mass displacement.”

The mother-daughter pair were also joined by the UNHCR High Commissioner Antonio Guterres on their refugee camp visits.
“This is a central problem. We cannot pick and choose which human rights violations we will and won’t tolerate,” Jolie Pitt said while at the Midyat camp.
The actress, who has six children with Pitt, brought Shiloh first to Lebanon to spend time with a 12-year-old Syrian girl she met a year prior during another UNHCR trip.

“Shiloh is very aware that I hold refugee families in high regard and has been asking to come on missions and meet them for many years,”.

Jolie Pitt and Shiloh spent time with the little girl named Hala, who has no parents and lives with her five siblings in a tented settlement.

“Upon leaving the family, Shiloh asked many questions,”. “It is of course hard to explain all of the harsh realities of war and displacement. She said she felt sad, but was happy that she went and is looking forward to the next visit.”

The actress and Shiloh will join Pitt and the rest of the famous family for Father’s Day on Sunday.