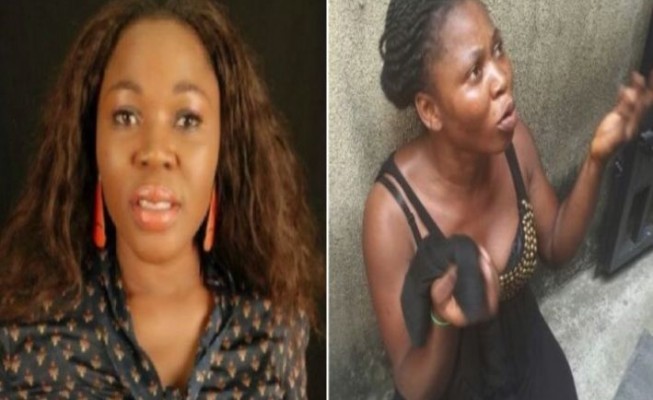 The young actress, who has already been branded the name-thief, stole from her boss, where she is currently undergoing training in cosmetic makeup.

It was reported that the boss had just brought into the country iphones, laptops and other gadgets. Later at night after everybody had gone home, Yetunde went back  with a master key.

She gained entrance to the store and took away some iphones, ipads and laptops. On her way out, someone spotted her.

She was detained and later arrested but as usual, she blamed it on the devil and the strange voice she claims she usually hears that urges her to go and steal.

The shop owner, who later rushed to the scene, called in the police who took her away. But two days after, Yetunde was released which made the boss upset. She then called in another set of policemen who have now re-arrested her.

She is in custody waiting to be charged to court.

Meanwhile, Yetunde has said  that she is not a Kleptomaniac; that her problem is spiritual.

The long list of men Kim Kardashian has slept with – #6 will leave you in a big shock!