Share on FacebookShare on Twitter
The governor of Osun state, Rauf Aregbesola has expressed his sadness and pain over his inability to pay his workers their monthly salaries for about seven months now. 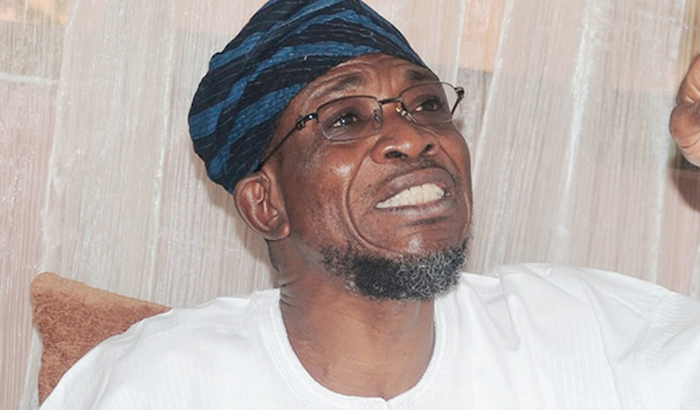 While delivering a Ramadan Lecture at the Women Development Centre, Abuja yesterday June 22nd, Aregbesola said his administration borrowed N25billion from banks to support the federal allocations to pay salaries but that the banks have since stopped lending the state money.

“It is extremely painful that I cannot pay salary. It is painful that I have to be in this condition. I am not helpless because I have Allah and the people with me. And whoever has Allah and the people has everything. I didn’t envisage that 400,000 barrels of crude oil would be stolen daily. But the whipping boys must be the governors and I am the ‘Chief’ of the whipping boys,” he said.

He added that the state’s wage bill was N3.5 billion monthly and that his administration has found it difficult to pay due to the dwindling allocation in spite of increase in the Internally Generated Revenue (IGR) from N900 million to N8 billion annually.