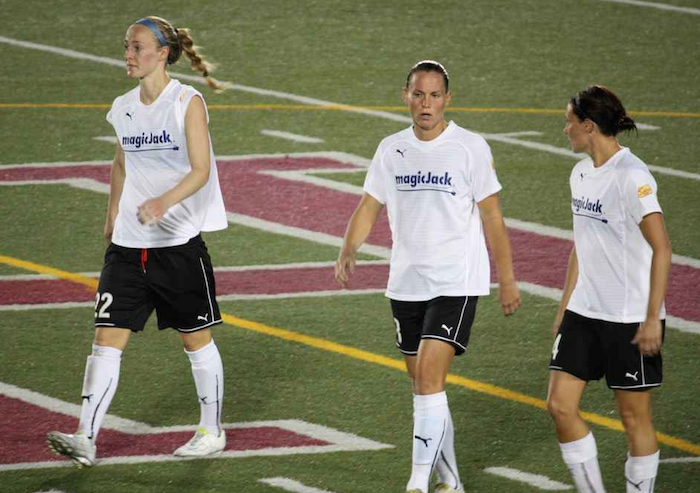 Highest paid female soccer players: There has been a huge payment gap between the sexes, which is still not been completely resolved as of 2015. Women are paid considerably less for the same job in almost all aspects of society but their responsibilities remain as their male co-workers. In cases of most sports, this condition applies for female athletes too.

The arena of women soccer is not an exclusion. As a simple consideration, we can count David Beckham while being paid millions of dollars a year, the women in this list only earn thousands of dollars a year for the same career in soccer. And this fact is still true when considering additional money from corporate sponsorships. Famous male soccer players earn millions of dollars more than their female counterparts in soccer cleats endorsement deals.

But of course, there is something more than archetype of sexism. As a matter of fact, we all know, women’s sports aren’t watched by as many people as the male version. Some even may argue that women aren’t taught to stick up for themselves during salary negotiations.

Whatever the reasons, we are trying here to build up a short list of 10 highest paid female soccer players in 2015.

10 Most successful coaches in the history of UEFA Champions League