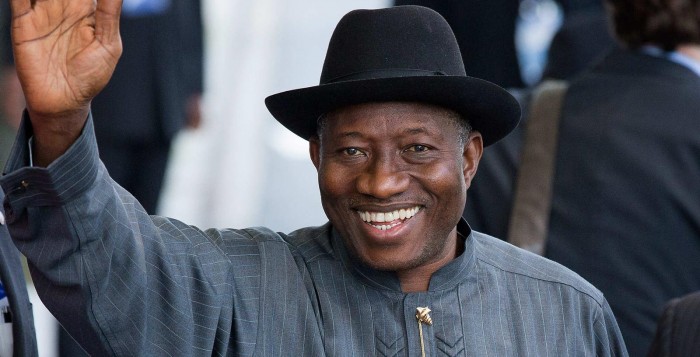 Share
Jonathan paid Tompolo N1.5bn monthly: This was revealed to Leadership newspaper by the former Chairman of NIMASA, who strongly knows about it. He also accused the past president of lavish spending, saying such an amount should have not been paid to an ex-militant when the country has the Navy, the Army and the Air Force. Please read… 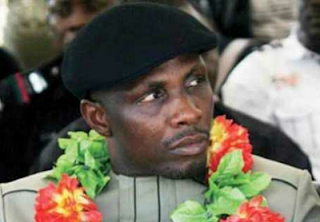 The pioneer chairman of the Nigerian Maritime Administration and Safety Agency (NIMASA), Dr Ahmed Tijani Ramalan, has disclosed that the agency pays the sum of N1.5bn monthly to the ex-militant leader of the Movement for the Emancipation of Niger Delta (MEND), Mr. Government Ekpemupolo, alias Tompolo, to protect the nation’s maritime areas.

Dr Ramalan, however, lamented that despite such gesture, the country still loses over 400,000 barrels of crude oil daily from the nation’s shores.

The former NIMASA chairman, who revealed this to Leadership in an interview in Kaduna, called on President Muhammadu Buhari to cancel the contract given to the ex-militant by the administration of former President Goodluck Jonathan.

He said, “Over 400, 000 barrels of crude oil are being stolen daily from our shores under President Jonathan; yet we had a government that has the Navy, the Army and the Air Force, and the government of Jonathan decides to hand over the security of our maritime waters to Tompolo at a very exorbitant amount of money.

“And these same people that are given the job of our maritime security are the ones that are collaborating with the international shipping companies to steal our oil.”

According to him, one of the ways to help the country’s economy to bounce back is to revoke Tompolo’s contract.

“And if Buhari does not do so, we will be the first to start attacking him. There is no basis to give that kind of billion naira job to ex-militants,” he declared.

“I was the pioneer chairman of NIMASA, and NIMASA is the one funding the contract given to Tompolo. This is a guy that is collecting about N1.5bn every month and yet our Armed Forces are not well funded. So, we call on the president to discard such contract.”

He further stated that Buhari’s strong character and honesty would help him to lead country well.

“We supported President Buhari’s presidency because we believe that the country needs a strong leadership. The insecurity and economic problem that we are having in the country today is because of lack of a strong and quality leadership,” he said.

“We believe the country needs a leader that is not corrupt, because the issue of corruption in the country has led the country to its knees.

“The country would have gone down if the administration of Jonathan was allowed to continue. For us, we believe that having a new leader is what the country needs because of the massive corruption. We believe in President Buhari; we believe there is hope in having him as the president.”

He also expressed confidence in Buhari’s ability to solve the problem of insecurity in the country.

Attempt by Leadership to get clarification on the allegation from Mr. Government Ekpemupolo wasn’t successful. Initial calls made to his spokesperson, Comrade Paul Bebenimibo went unanswered, likewise SMS but he later replied to an SMS sent to him saying “I will get across to my boss.” He never got back again to Leadership up to the time of going to press when several calls around 11:27pm where again made to him.

Best songs to listen to while making love..