Kanye West caught sleeping – Rapper Kanye West was caught in a major slip up at his daughter, North West second year birthday which held at Disneyland on Monday June 15, 2015. 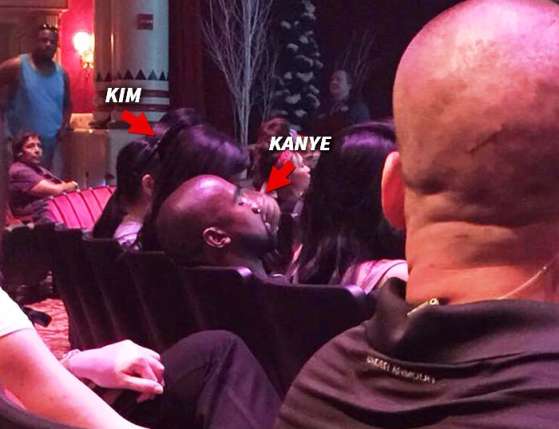 Kanye, who must have been a tad bit over exhausted from walking around the park at the birthday party which by the way the happy parents shut down Disneyland in Carlifornia for, was caught dozing during the 25 minutes frozen performance.

A report by TMZ claims that an employee of Disneyland noticed Kanye’s snooze, took a picture and shared on her Twitter and Facebook pages with the caption; “when you perform for the Kardashianfamily for North’s birthday…and Kanye sleeps through the whole show.”