The 10 most venomous snakes (With Pictures) 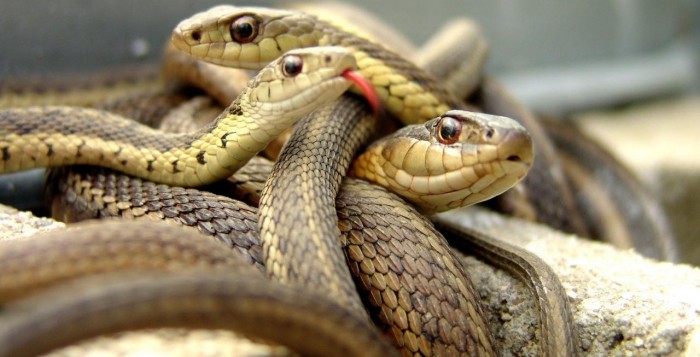 Vipers are found throughout most of the world, but arguably the most venomous is the Saw Scaled Viper and the Chain Viper, found primarily in the Middle East and Central Asia, particularly India, China and South East Asia. Vipers are quick tempered and generally nocturnal, often active after rains. They are also very fast. Most of these species have venom that cause symptoms that begin with pain at the site of the bite, immediately followed by swelling of the affected extremity. Bleeding is a common symptom, especially from the gums. There is a drop in blood pressure and the heart rate falls. Blistering occurs at the site of the bite, developing along the affected limb in severe cases. Necrosis is usually superficial and limited to the muscles near the bite, but may be severe in extreme cases. Vomiting and facial swelling occurs in about one-third of all cases. Severe pain may last for 2-4 weeks. Often, local swelling peaks within 48-72 hours, involving the affected limb. Discoloration may occur throughout the swollen area as red blood cells and plasma leak into muscle tissue. Death from septicaemia, respiratory or cardiac failure may occur 1 to 14 days post-bite, or even later.

OMG!! You need to see what Maheeda wore here – You just wont believe this! (+Photos)

Top 10 countries with fastest growing economies – You will be shocked seeing this!