5 Ex-Govs get EFCC invitation – These governors having exhausted their immunity from prosecution, have now become regular guests of the EFCC where they are answering questions bordering on their alleged misdeeds while in office.According Leadership, these are the former governors that are under EFCC  watch list. 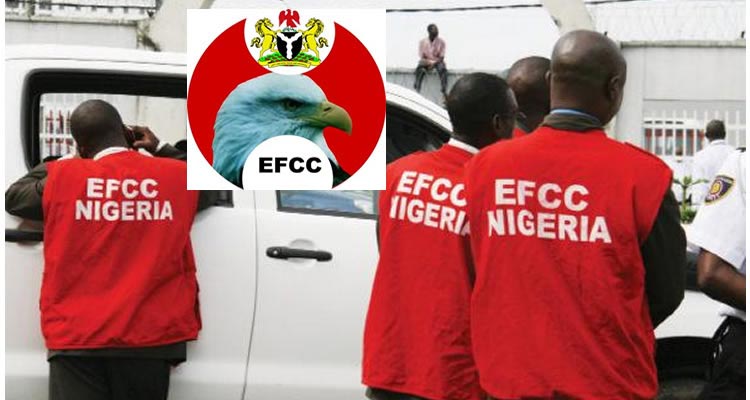 Former governor of Adamawa State, Murtala Nyako,73,  has not been having happy moment since he was impeached by the Adamawa State House of Assembly on allegation of misappropriation of state fund. Following his impeached, he was declared wanted by EFCC alongside his son, Abdul Aziz Murtala Nyako, in February this year. Before the anti-graft agency could begin his prosecution, he allegedly flee the country. Nyako and his son are wanted for alleged criminal conspiracy, stealing, money laundering and abuse of office.

After  returning from his self-imposed exile,he turns himself in for the EFCC to question him on the allegation of money laundering to the tune of N15billion. He was grilled for hours and later released because of his age and his health situation.

Nyako had earlier said that his prosecution by the EFCC  was  a witch-hunt and selective justice instituted by the administration of former President Goodluck Jonathan. At the time being, the EFCC has not disclosed it next line of action on this case.

The immediate past governor of Jigawa State, Sule Lamido,  whose son has been having a running battle with EFCC on allegation of money laundering was invited by the agency some weeks back. He honours the invitation and was questioned for hours.

Lamido came under EFCC watch for allegedly awarding contracts running to billions to companies link to his family members. At the stand now, the commission has not arraigned on these charges.

Ex-governor of  Bayelsa State  and a chieftain of the All Progressives Congress (APC), Timipre Sylva, is currently face prosecution instituted by the ant-graft commission.He is facing a six-count criminal charge for an alleged illegal diversion of state’s fund during his tenure. The count includes the disappearance of N6.5 billion from the state’s coffer between October 2009 and February, 2010. Sylva international passport is still held by the court to avoid the governor to ‘jump’ bail. The bail amount that was granted by the court is N100 million with a surety with property in Abuja worth same amount .

Though another 42-count charge in an Abuja High Court, which it was alleged that he made away with the state fund totaling N19.2 billion was dismissed in controversial manner. But the ex-governor is not totally free from the EFCC as the commission is making sure that all charges against the governor is brought to a conclusive end.

Former Ebonyi state governor, Martin Elechi, is not left out in the EFCC watch list. The 74 years Martin was invited on Tuesday, June 16 by the commission to explain his part in the alleged theft of millions of naira in the a asphalt contract for the state’s 13 local government areas.

Aside of this allegation, the septuagenarian is also said to be asked to explain all he knows about misappropriation of funds provided to be used for centenary celebration.

The former governor has not been arraigned on these allegations yet, but it seem EFCC is gathering enough facts on this.

The former governor of Imo State, Ikedi Ohakim, also is facing hard time with EFCC as he was arrested about 8am in his Asokoro residence, Abuja, on Thursday, June 18, by the operatives of the commission.

Ohakim was arrested over  properties he allegedly acquired which the anti-graft agency had traced to his name. Also, the cases brought against him include alleged misappropriation of N18bn bond loans obtained on behalf of Imo State government.  He was charged with an alleged withdrawal of about N1 billion from the state account a day before he left office as governor.

The ex-governor arrests follow his failure to honour a earlier invitation that was extended to him the agency.He has been arrested, interrogated and later released but as it stands he does not know what may be his fate at the end of the day.