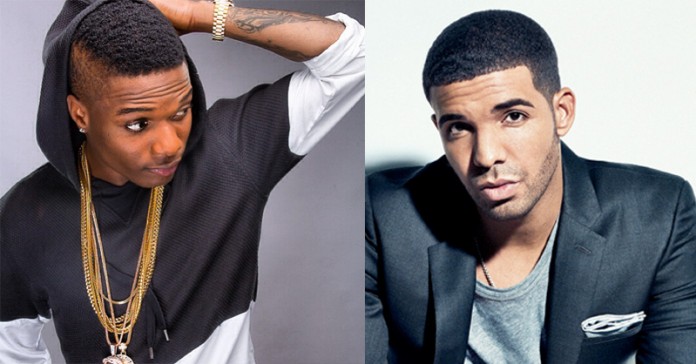 Ojuelegba remix with Drake – The early hours of today witnessed a shutdown online with a follow up of a twitter trend following the release of Star Boy Wizkid’s  new track ‘Ojuelegba remix’ featuring Drake and Skepta.

The singer got high-five from his fans and fellow artistes on his new joint all congratulating and celebrating this brilliant move, truth be told  Drizzy is one act anyone will give his all to have on a track local or international

Some of the acts who took to twitter to celebrate Wizkid includes  Jude Abaga,(MI)  Casper Nyovest, Dj Spinall and more……Read their comments below.

This boy @wizkidayo likes to misbehave! How can somebody sleep and wake up to a drake remix? Your behavior is very bad. — #TSA (@beatsbysarz) July 12, 2015

From nothing to something. You guys don’t understand …. That song #Ojuelegba was a true story & to have Drake on it is MAJOR people. — DJ SPINALL (@DJSPINALL) July 12, 2015

Just In case you are yet to download and  listen to Wizkids’s ‘Ojuelegba remix’ featuring Drake and Skepta.