Photos of a ghost woman spotted with her baby goes viral… 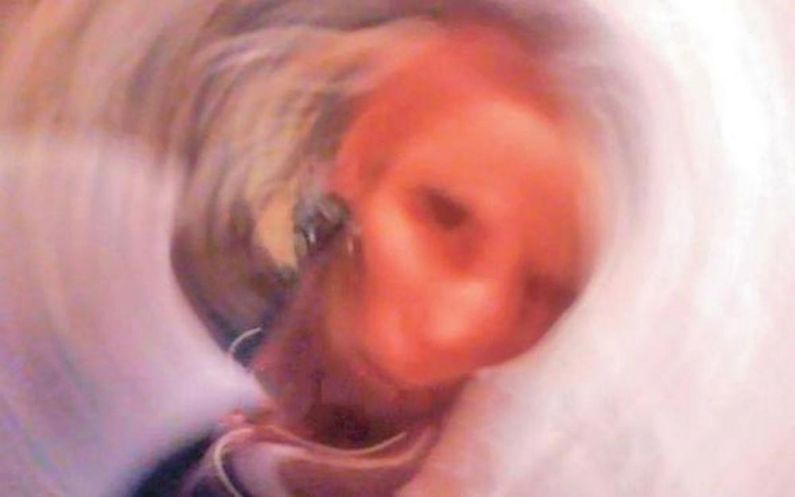 Photos of a ghost woman spotted with her baby – This woman’s photo of her with friends in her hometown of Wem in Shropshire, U.K., looks ordinary until you look closely at the window behind them.

“I truly believe there is a ghost woman and her baby in that window,” Natasha Oliver, 22 said.

Oliver said she and her friends “freaked out” after they saw the photo on her digital camera back in 2010, taken when they were hanging out on the lawn in front of the unfinished home still being built at the time.
“When we saw the ghostly figure, the boys climbed up the scaffolding to see what was up there thinking maybe someone was watching us,” Oliver said. “But there was nothing up there. There were no floorboards or anything there. The house wasn’t finished being built yet at the time.”

Though the photo was taken almost five years ago, Oliver said it recently got widespread attention after she commented on a Facebook post about a fake ghost picture.

“I commented saying, ‘That’s quite fake, but I have one that’s actually real,” Oliver said, adding that she started receiving multiple requests to see the photo, which a U.K. paper picked up.

Though some on social media believe Oliver’s photo could be photoshopped, she insisted it wasn’t and added she hopes to get in touch with professional photo analysts and paranormal experts to “solve the mystery of the ghost in the window.”

The town of Wem, where the photo was taken, previously made headlines about reported paranormal activity in 1995 when a photographer claimed he captured an image of a little girl’s ghost at the ruins of the town hall that was ravaged by a fire in 1677.

“I didn’t believe in ghosts before, but now I do, actually,” Oliver said. “I’ve converted.”

For those who build their walls too high, you should read this now!