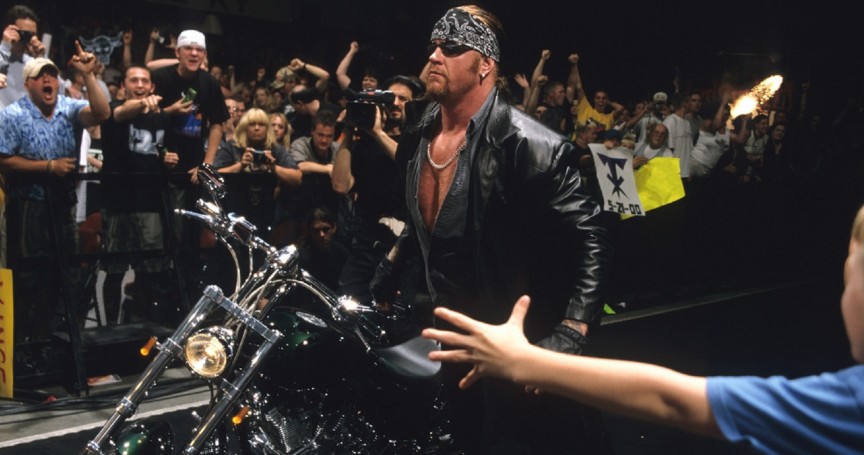 Most epic return in WWE history – WWE superstars come and go all the time. Whether it’s due to injuries or unforeseen circumstances, sometimes fans are forced to endure long stretches without their favorite wrestlers.

In the meantime, hopefully they develop an affinity for another wrestler, or the WWE pushes some interesting storylines to pick up the slack.

The world of professional wrestling is just like any other professional sport. Injuries must be rehabbed completely before wrestlers are allowed to return. After all, how can you expect someone with, say, a torn muscle to continue to perform at a high level? This is especially true in the WWE, where the importance in placed in how good you look while wrestling. It’s a high-flying sport full of acrobatics and showmanship; you simply cannot perform unless you’re at one hundred percent.

That said, whenever wrestlers rehab completely and finally make their return it makes for a great pop in fan enthusiasm. Oftentimes these wrestlers will surprise their fans on a grand stage, bursting into the middle of a match to rev up the interest and the applause. Over the years there have been several famous examples of this exact scenario. Luckily for you though you don’t have to scan through the annals of WWE history. We’ve compiled a list for your reading pleasure.

Here are ten of the best WWE returns in history:

Piper had made a living on being random and unpredictable. Oftentimes, this was accompanied with plenty of smack talk too. He’s even credited as the league’s first true maestro with the mic in his hands. Well, when he finally returned to the WWE after seven long years, his reappearance stuck with his tried and true approach to his character.

During Hulk Hogan’s match with Vince McMahon, Piper emerged from the crowd brandishing a pipe. He immediately attacked his old foe Hogan, knocking him across the face with the pipe. It was a strike that left Hulkamania bleeding everywhere. In all, it was a shocker of a return, and one that was a perfect way to reinsert Piper into mainstream wrestling.

By 2001, Ric Flair was already a walking WWE legend. His career is one that spans over 40 years now, and he continues to make various appearance for his viewers. All this combines to make him the longest tenured wrestler in WWE history, and it wouldn’t be possible without his 2001 Raw return.

It’s a video segment for the ages, a sort of perfect storm of fan excitement for a returning superstar. The Raw event just so happened to occur in Charlotte, North Caroline, Flair’s hometown. Towards the end,Vince McMahon was in the middle of the ring with Kurt Angle congratulating him on his victory. That’s when Flair’s entrance music played and the crowd went wild. Flair walked to the center stage and announced he was the new co-owner of the league after he’d purchased half the league’s shares. Thus began his feud with Mr. McMahon himself.