10 Actors who nailed roles as Gangsters – You need to see #1! (With Pictures) 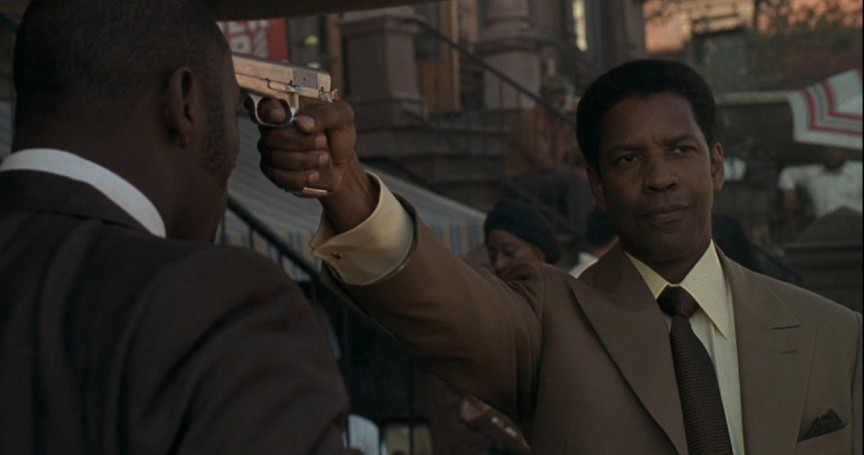 Actors who nailed roles as Gangsters – Nobody would ever want to be face-to-face with the following violent gangsters but these famous actors had an even tougher task ahead of them – they had to become them.

Playing a hardened, organised crime leader can prompt quite a few ethical questions – should we rush to the movies to be entertained by their lives or refuse to publicize such horrific crimes any further? This dilemma becomes even tougher when we realize that under the surface, these gangsters can often be quite charismatic and endearing.

Gangsters break the law, commit murder, force extortion rackets onto innocent people, all while turning over a huge profit and audiences can’t get enough. It appears that the more dangerous, repulsive and unforgiving these crime lords become, the harder it is to take our eyes off them.

Francis Ford Coppola’s celebrated classic, The Godfather, was adapted from Mario Puzo’s bestselling series and focuses on the life of Vito Corleone. Although Corleone is a fictional character, the majority of the inspiration was based on real-life mobsters. Marlon Brando didn’t just portray a hardened crime family boss, he also made movie go-ers for decades admire him. But how easy is it for actors who aren’t playing a fictional character? Taking on a role of someone who has destroyed the lives of so many can never be an easy task.

Scenes of shocking brutality are often unwatchable but essential for story-telling and revealing the whole truth. These following actors had to become the anti-hero and completely abandon any human compassion they were holding onto. Here are ten actors who took on the role of the violent gangster and will be remembered for sending a chill down the spines of many.

10. Daniel Day-Lewis as Bill The Butcher – Gangs of New York

Born in 1821, William Poole was more commonly known as Bill the Butcher. A bare-knuckle boxer, he was responsible for the Know Nothing movement which attempted to flush out Irish-American influence in politics. He was the founder and leader of the Bowery Boys, a gang of anti-Irish men based north of the Five Points district in New York City.

In 1854, Bill the Butcher was challenged to a boxing match by his archenemy and Irish immigrant, John Morrissey. Sharing the ring with the Butcher was not a wise decision and Morrissey’s condition was reported in the New York Daily Times after the fight as:

“His eyes were closed and one of them was found to be gouged from one end of the socket, which injury will probably impair his sight for life. His face above and below the eyes is blackened by violent blows given on the bridge of his nose. There is a hole in his cheek, and his lips are chewed up in a frightful manner. He also sustained fearful injuries about his breast, arms, and back, where Poole kicked him with heavy cowhide boots after he helloed enough. So severe are Morrissey’s injuries, that it is very doubtful whether he walks in the street for the next six months”.

When Martin Scorsese made this history into the movie Gangs of New York, he knew he would have to get the casting of Bill the Butcher right. If you need to find an actor who can portray a man capable of such gruesome violence, then look no further than Daniel Day-Lewis. Leonardo Di Caprio co-stars as his opponent, Amsterdam Vallon. He is caught in a horrific moment where he is horribly head-butted and then a scalding knife blade is pressed to his cheek by the Butcher. Lewis is psychotic enough to send a genuine chill down your spine.