10 WWE guests who were beaten silly in the ring – This will leave you in stitches! 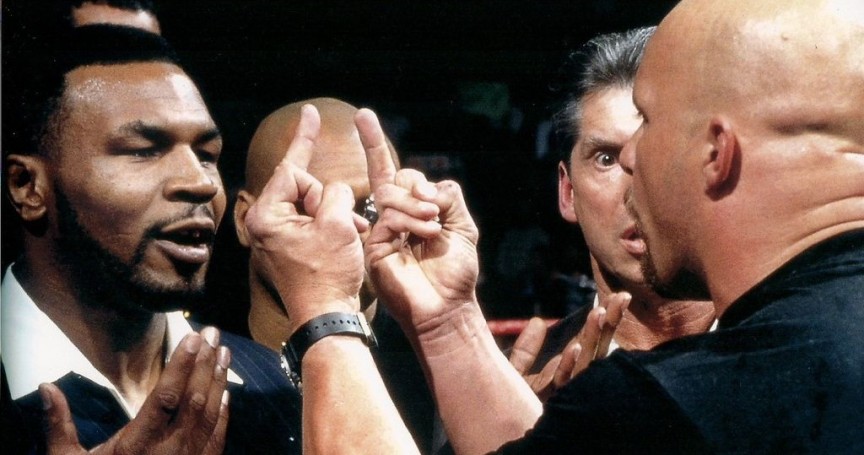 WWE guests who were beaten silly in the ring – The WWE brings in special guests all the time. Usually these celebrities are there to push their product. They walk to the middle of the ring and deliver some cheesy lines before trying to plug some movie that’s about to air, or perhaps even an upcoming music album.

These staged performances can come off feeling lame and disingenuous. Other times, well, these celebrities actually mix things up in the ring.

When things do come to physical blows, the WWE guests are typically put up against the heels of the league. After all, by their very nature of being a celebrity they are well-liked already, and thus have the natural babyface position of a match. This usually translates into an easy “surprise” victory, making the fans go wild throughout the arena. Other times, well, celebrities may not be so well liked, or the league simply wants to create some more heat for a certain heel. This will result in the guest being tossed around.

Over the years we’ve seen plenty of celebrities take on their WWE heroes inside the ring. Honestly, it makes for some great television. Even if the performance is terrible, we can still all laugh at how poorly executed everything was. If the alternative happens, and some great wrestling breaks out, we’ll watch with our jaws hanging open.

Several celebrities have taken to the ring, given us all great matches, and left bloodied and beaten. Here are the top ten WWE guest who were beaten silly in the ring.

We’ll begin with a bit of a caveat. Mr. T actually never wrestled inside the WWE ring, but he certainly fought. At the time, one of the biggest heels in the league was Roddy Rowdy Piper. Piper has been recognized as one of the original trash talkers in the WWE, and he had no qualms with taking on Mr. T in a boxing match.

The match was actually rather entertaining, and both put forth a great effort. It was clear at certain points that punches were pulled, but for the most part it looked like a legitimate boxing match. By round three it was clear the two participants were gassed, and both had taken some lumps. While Mr. T would win the match, Piper pulled off some surprise (and illegal) wrestling moves that certainly had Mr. T feeling sore the next day.