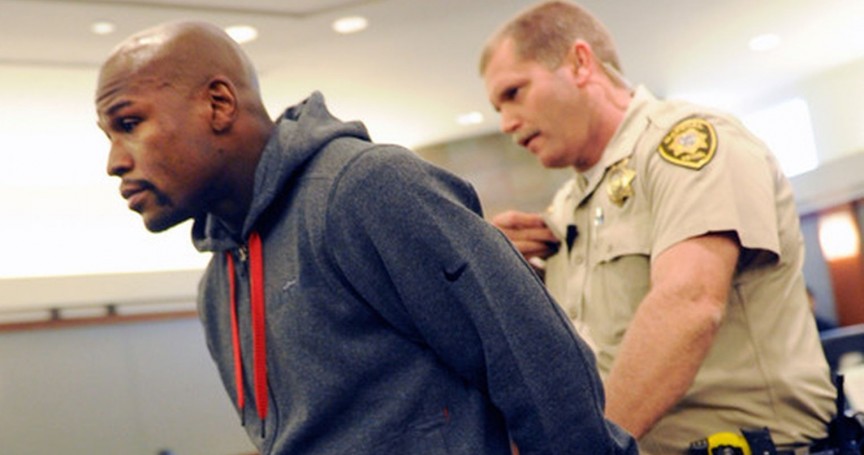 Facts you didn’t know about Floyd Mayweather – One of the biggest sporting events in the past year was theMayweather–Pacquiao fight, which was billed as the fight of the century. After the unprecedented hype and marketing that characterized the run up to the event, very few individuals on earth remain unaware of the existence of Floyd “Money” Mayweather.

Despite boxing’s long decline in popularity, Floyd has almost one-handedly brought the sport back into the limelight. Through a variety of shrewd moves that made the most out of his otherworldly skill, Floyd has managed to create a one man brand in his own image, taking control of the promotion and marketing of his own persona.

As well known as Floyd has become because of his boxing and promotional skills, he has become equally well known for a long list of awful incidents that have tarnished his gilded image. Similar to others involved in boxing, Mayweather has taken advantage of his pugilistic prowess and position of power to become a poster boy of how not to be rich and famous. One of the many things that Floyd would prefer to keep hidden is his history of violent behavior against women, which is one of the most well-publicized facts about his life. The following list includes a variety of details about his life that may be considered less well known.

15. Refuses to Wear The Same Underwear More Than Once

When you’re as closely affiliated to money as Floyd Mayweather, you have to spend your currency in such a fashion as to announce your riches in a conspicuous manner. One of his rumored habits involves the conscientious use of undergarments as part of his sartorial strategy.

After punching his way to untold riches, Floyd has earned the right to claim the use of his underwear once before discarding the evidence. Assuming his unmentionables are worthy only of the finest in undergarment couture, he likely rocks Hermes woven boxers as a bare minimum, which retail around the $500 mark. Applying basic mathematics, the yearly sum of his addiction to fresh banana-hammocks would hover around $180,000.

Reports suggest his underwear budget is actually around $6,500 a year.

Top 10 Female celebrities with the hottest natural boobs – See how busty they are! (With Pictures)

Photos that prove Dubai is the craziest & best city in the world – You gotta see this!