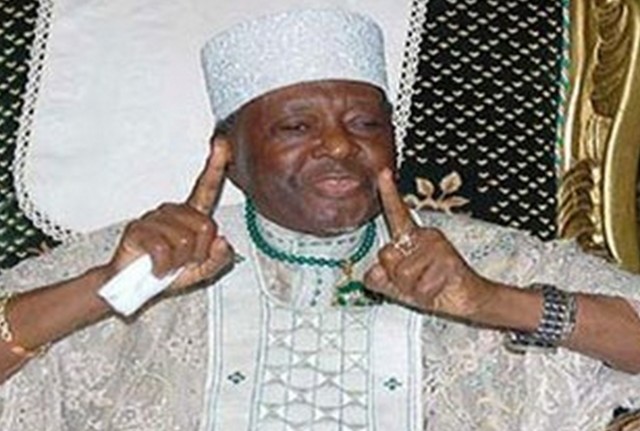 UK embassy official confirms Ooni’s death – Daily Times reports that the remains of Oba Okunade Sijuwade, Olubushe II, the Ooni of Ife, is still in London. Sources at the Nigerian High Commission in the UK revealed that one member of staff from the mission would be accompanying the body of the monarch back to Nigeria when his remains arrive.

The senior staff confirmed that the Nigerian High Commissioner to the United Kingdom, Dr. Dalhatu Tafida, visited the home of the Ife monarch last week to commiserate with the family.

“The High Commissioner went there within two or three days of it happening last week,” the source reportedly told a Daily Times correspondent during a conversation in central London.

“It was a very private visit, he didn’t want any media or the public to know, since it has not been officially announced.”

As reported by the Daily Times on Tuesday, the embassy official confirmed that the body of the revered monarch is still in London.

And when the source was asked if he was aware of the corpse being taken to Nigeria, he nodded to the contrary, before saying, “no.”

He added: “As a mark of respect, one protocol officer will go with them.”

The source also informed that unless there was an order from Nigeria, no condolence register would be opened to commiserate with the family of the monarch.

19 pictures that prove Africa has the most gorgeous women – You need to see this!