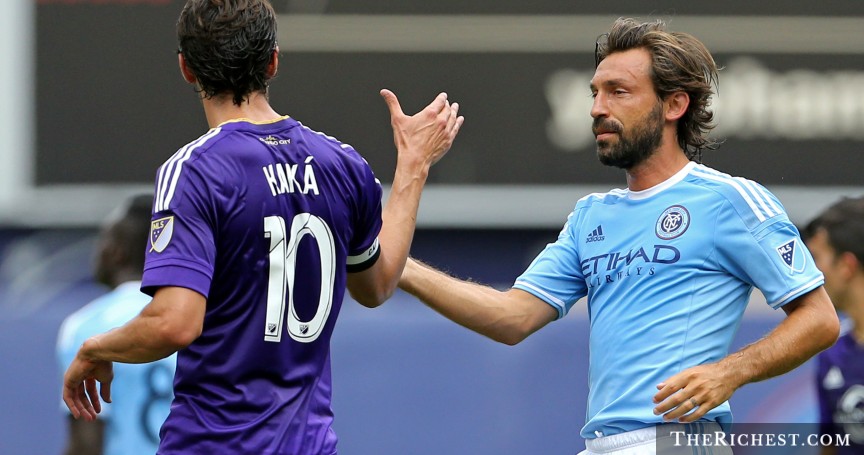 MLS, for starters, has a salary cap that every team must follow, a cap that is not truly a “hard cap” because of regulations such as the Designated Player Rule and the supposed “Core Player” spot that still does not make a ton of sense even to those who actively follow the league. Big-name players have jumped at the chance to cash-in on massive paydays in North America, but some of those signings have led to fans and critics alike referring to MLS as a “retirement league” for aged stars who are in the twilight of their careers.

That may or may not, depending on your opinion/biases, be the case as it pertains to four of the sixhighest-paid players in MLS for the 2015 regular season. Two of those individuals, legends for their Barclays Premier League sides, have done nothing of merit since putting pen to paper on their MLS deals, and one was involved in a controversy that was yet another black eye for the league. The man who is atop this list had a roller coaster ride of ups and downs while featuring in Europe, and he is now looking to end his career in style.

The Chelsea legend who hoisted the Premier League and Champions League trophies while with that club had been linked with MLS for several years. It had been rumored that the New York Red Bulls and LA Galaxy were set to fight over his signature, but the battle ended up being between the Chicago Fire and Montreal Impact. Montreal emerged as the big winners at the end of the day, and Drogba‘s arrival to the Canadian outfit was met with a party atmosphere at the airport. The 37-year-old veteran front man will now be tasked to prove that he has plenty left in the tank.

The San Jose Earthquakes were hoping to get some help for the team’s attack when the club landed Innocent Emeghara in the winter of 2015. Emeghara was asked to wear multiple hats during his early days with the club, and that transition was not the easiest for the player. His debut MLS season was put into a tailspin in the spring when it was learned that he had suffered a serious knee injury. The Earthquakes announced at that time that surgery would sideline the designated player for four-to-six months, a tough break for a 26-year-old who has not yet really had a chance to show what he can do in MLS.

Banks release more names of debtors – You will be shocked seeing this!