Revealed: You need to see how much Alhaji Gay was worth before his death.. Wow! 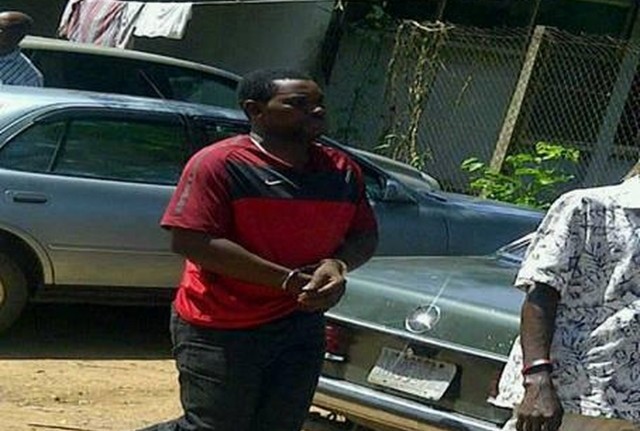 How much Alhaji Gay was worth: According to multiple sources, Lagos socialite, Tunji Alaso popularly called Alhaji Gay by youths is said to be worth over N400m. According to them, the Alhaji recently completed a N100m hotel in Amikanle, Alaagbado Lagos some months back and has one along AIT road worth around N30m in the same vicinity. He also recently completed a building which he intended to let out, still in the same Alagbado area before he was murdered last month. The building is said to be worth over N50m.

While crying and wailing at his family home, his relations were heard crying and saying they did not let him wait to commission is newly built hotel in Akute, which isn’t known to many. Alhaji has just finished building the hotel and he intends to commission it any moment from now, but that cannot be anymore, they wailed. The hotel is said to be worth around N120m. He also has lands in other parts of the state, which runs into millions.
His close friends in the entertainment world, mostly fuji musicians are said to still be mourning the manwho was an heavy spender. Though died in his 40’s, he had no wife or any child he could call his own. He only recently buried his mother who was a very strong back bone of his, with Pasuma on the band stand on the day of the burial. It was also said that Alhaji rained naira notes in thousands on the fuji act as he sang his praises with Pasuma singing the popular socialite surprised him with the turnout of people at his mother’s burial and how he had made it a memorable burial.
His hotels are said to still be under lock and keys with policemen still parading Moshalsi/AIT roads in Alagbado to forestall violence.

15 signs the two of you are simply meant to be together..