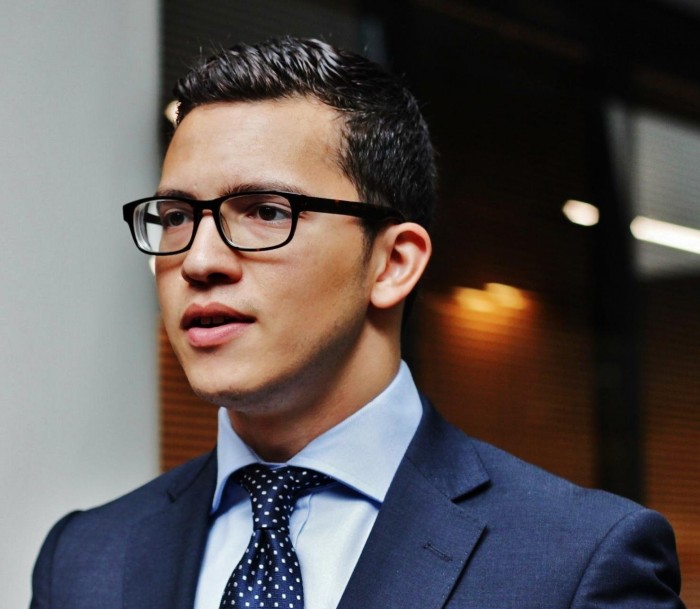 Imad Mesdoua – BREAKING TIMES on Tuesday reported how MI6, the British intelligence agency which supplies the British Government with foreign intelligence may have penetrated the Buhari administration working under the cover of top British-owned consulting firm, Africa Matters Ltd.

Sitting at the head of the organisation as Founder and Chairman is Baroness Lynda Chalker a former member of the Lower and Upper Houses of the UK Parliament for over forty years. Between 1986 and 1997, Chalker was Minister of State at the Foreign & Commonwealth Office, holding responsibility for Africa and the Commonwealth and for Overseas Development.

“The arrowhead of their public relations agenda is a very charismatic MI6 undercover agent known as Imad Mesdoua. His job is to penetrate African nations where he has been assigned to carry out his job forging relationships with influential young people, civil society organisations, business professionals and politicians”, an informed source disclosed to BREAKING TIMES on Tuesday.

Further investigations by BREAKING TIMES corroborate earlier reports about Imad’s role as an undercover agent for the British government in Africa, particularly in Nigeria. Imad, BREAKING TIMES gathered on Tuesday has worked as an investigator at Mintz Group – an organisation that conducts discreet internal fraud investigations, due diligence background checks, and fact-gathering for antitrust cases among others.

Founded in 1994, the Mintz Group has conducted over 10,000 investigations in more than 100 countries.

“Imad’s tactic is to warm his way into the hearts of unsuspecting targets and then glean relevant information from them. Usually, his targets include influential young people, civil society organisations, business professionals and politicians”, the source told BREAKING TIMES.

Randal spent 28 years with the Central Intelligence Agency’s National Clandestine Service, most recently serving as the Chief CIA representative in China. He has an extensive background in foreign field operations, policy and program management, and leadership development. Just like Imad, he is multi-lingual, fluent in Mandarin Chinese and Bahasa Indonesian. Randal has lived and traveled throughout China and elsewhere in Asia for the U.S. Government.

On July 24, 2015, Imad accompanied Baroness Chalker under the banner of Africa Matters Ltd, on a working visit to the Aso Rock Presidential Villa to meet with President Buhari. Chalker whoSam Nda Isaiah, a former presidential aspirant of Nigeria’s ruling APC once described as a woman who “made a profitable career in insulting the sensibilities of Nigerians” reportedly discussed matters around Nigeria’s foreign and economic policy with President Buhari.

An excellent meeting with #Nigeria's President Muhammadu #Buhari at the Villa on 24th July 2015. pic.twitter.com/LRg8anRrGX

“Most of Imad’s targets are unaware of his real identity as an investigator and secret agent and may have inadvertently disclosed information that could compromise several Nigerian government institutions and private sector organisations”, the source said.

These are the 13 reasons Adebayor switched from Christianity to Islam

Beautiful lady shows it all in transparent outfit [+Photos]