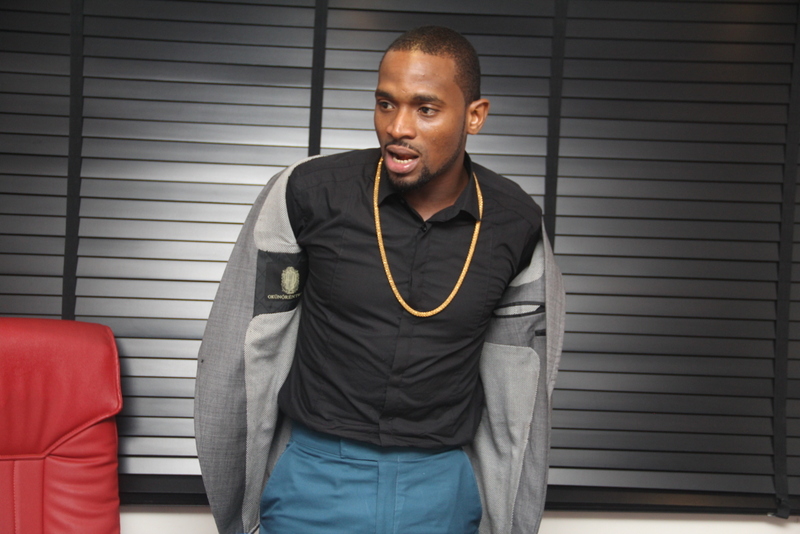 How D’Banj fell in love and proposed – Famous Lagos crooner, Oladapo Daniel Oyebanjo, popularly know as D’banj, fell in love at an event hosted by Globacom in honor of Prof. Wole Soyinka on Friday, August 28.

The event, which held at Eko Hotel, was hosted to celebrate the literary icon popularly known as Kongi. However, the event turned out differently for D’banj who was billed as star performer for the night. The Koko Master ended up falling in love with a hot Brazilian lady.

Just when everyone thought that the event hosted by Glo had come to an end, as announced by the compere of the night Richard Mofe Damejo, D’banj set the stage ablaze with the old songs which made the world fall in love with his music.

He thrilled the crowd endlessly and wanted to add more spice to the awesome event, so he called up some ladies to join him on the podium. Unknowing  to him, the sweet ladies were from Brazil. The ladies who came with their mom had earlier made the evening an emotional one when their mom told Wole Soyinka that she and indeed the world were great full for his existence.

The dance on stage began and the amazing looking lady from Brazil used her lovely skills to win the Koko Master’s heart. So much that he went down to meet her mother who was amid the crowd to seek her permission to marry her daughter.

With the aid of a crowd that were drunk with the flow of the former Mo-Hit records star, D’banj engaged the Brazilian girl’s mother in a dance, and she rocked the star like noone had ever seen before. It was only at the end of the dance that she told everyone she was 65-years-of-age, a revelation that brought the roofs down in rancorous applause.

It was at this juncture that the amazing performer, “Osina nwata buru ogaranya”, obliged the crowd to join him in seeking the Brazilian lady’s hand by singing one of his favorite songs – Omo you don make me fall in love. The pictures tell better the story of what went down at the conference hall of Eko Hotel.

The night with Soyinka, put together by Globacom, was a star studded event with many expositions made, as the literati himself revealed a lot not just about himself but about the nation and its rulers.