So Sad: Fight breaks out at funeral of Bobbi Kristina Brown (Photos + Video) 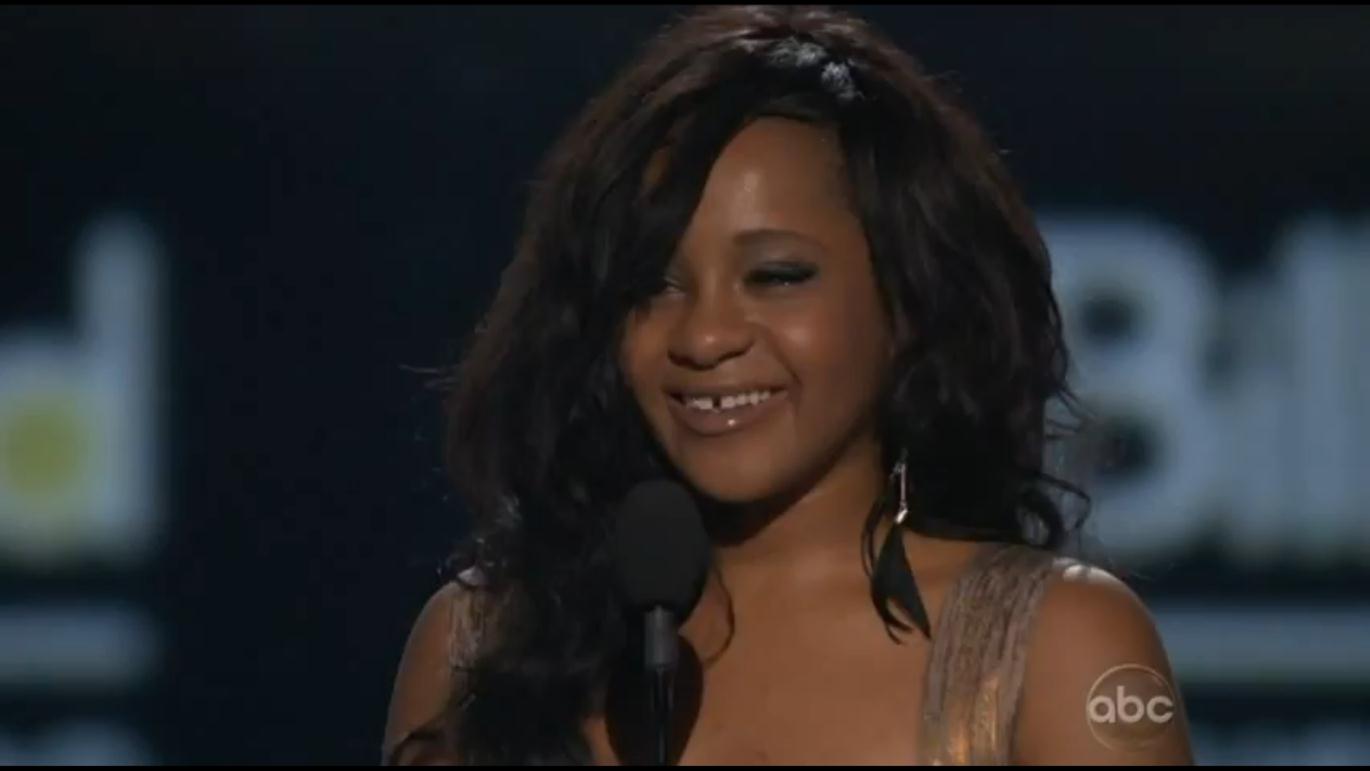 Leolah Brown, Bobbi Kristina’s aunt, was thrown out of the memorial service after she interrupted Pat Houston as she was getting ready to speak, causing a stir inside St. James United Methodist Church,ET has learned.

Filmmaker Tyler Perry, a friend of the family, had Leolah removed.

Afterward an angry Leolah spoke to press, including ET, outside the church in Alpharetta, Georgia, saying that the late Whitney Houston was going to “haunt” Pat, who is Whitney’s sister-in-law, from her grave and spoke of the anger she had toward Bobbi Kristina’s boyfriend Nick Gordon.

“Whitney will haunt Pat Houston from the grave. She will haunt her. Pat, it’s not over. It has just begun. It has just begun,” Leolah, Bobby Brown’s sister, told press, including ET. “I have information, I have evidence, I have knowledge of who Pat really is — she is not any relation whatsoever to Krissi — she’s not even a Houston. She’s just being the phony person that she is.”

Whoa! Then Leolah Brown comes out and said this to us!! Such a sad family situation. #JubileeMag.com

Leolah has been outspoken about the handling of her late niece’s funeral arrangements, claiming in a scathing Facebook post that Pat was using Bobbi Kristina’s name “for her personal gain” in seeking donations to her foundation, The Marion P. Foundation.

This isn’t the only family drama surrounding the memorial service. A few days before the funeral, Gordon wrote an email to Bobby Brown and Pat Houston, pleading with them to allow him to attend the service.

“I loved Krissi with all my heart and I am destroyed that she is gone and I need to say goodbye,” Gordon wrote. “Krissi loved me very much and she would want me there.”

On Monday, August 3, Bobbi Kristina Brown will be buried in New Jersey next to her mother, Whitney Houston.

The 15 real life killers who inspired horror movies (With Pictures)

10 reasons why you should travel with your boyfriend before marrying him – EVERY lay should see this!