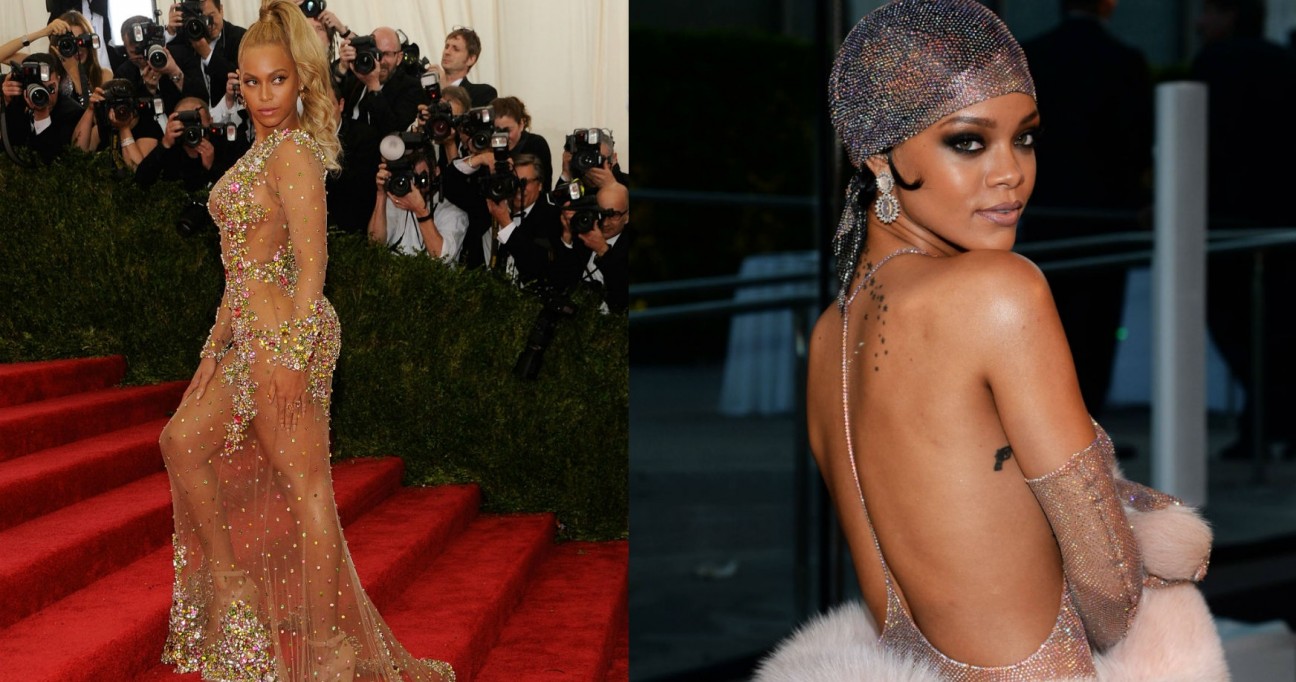 In the late 1990s, Rose McGowan was dating shock rocker Marilyn Manson, so it only seems fitting that she would want to shock with her choice of gown at the MTV Video Music Awards. The dress she wore can barely be described as a dress – it’s essentially a cleverly woven, completely see-through front, with what is essentially a series of strings covering her backside.

If it sounds bizarre, that’s because it is. She added the cherry on top by wearing a leopard print thong underneath the ensemble. Well, if anyone wanted to know what McGowan looked like naked, they pretty much got the entire picture thanks to this scandalous dress.