Top 20 WWE superstars with the hottest wives & girlfriends (With Pictures) 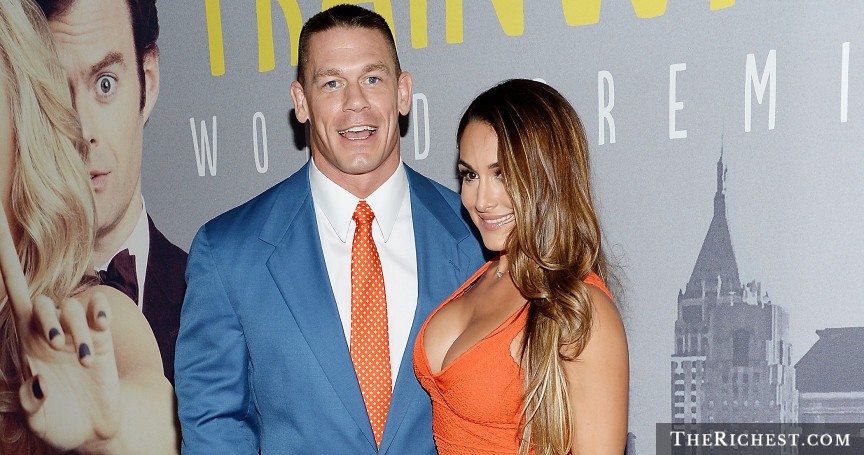 WWE superstars with the hottest wives & girlfriends – WWE superstars are typically thought of in the same light as rock stars. They are wildly famous, and even those who know nothing about the wrestling world will likely recognize many of their names.

Superstars also sport a rock star lifestyle more times than not. That means they enjoy their parties and their booze. Perhaps the biggest reason why young boys dream of becoming rock stars, though, is all the women that seem to be associated with them. Well, WWE superstars share that in common as well.

Superstars spend a lot of time working on their bodies. They must conscientiously work out and follow strict diet routines. This often leads to, let’s say, desirous results for the opposite sex. I mean, who is really surprised that these famous wrestling hunks are frequently spotted next to beautiful women?

Perhaps you’re here looking for a little added motivation to become the next ultra-famous WWE superstar? Maybe you’re here simply to appreciate the view. Don’t worry, you’ll find no judgement from us; we can’t help but stare either. Mind you, this isn’t designed to be an objective list ranking women against one another, merely a compiled list of women generally found to be attractive. There should be no harm in appreciating that.

Here are 20 of the current WWE superstars who have the hottest wives and girlfriends we could find. Read on and enjoy.

It’s been a while since Christian made an in-ring appearance, but he’s still considered an active superstar on WWE’s official roster. Get this: Christian made his wrestling debut way back in 1995, making this year his official 20 year anniversary in the realm of professional wrestling. Of course, you don’t get to have such a longstanding career without some support. That’s where his beautiful wife Denise Hartmann comes into play. Naturally, his famous friendship with Edge also helped propel his career.

Christian met Denise in England while he was on tour. The couple were instantly attracted, and they were married in 2001. Denise is a stunning German model. Together, the two gave birth to their first child in 2013. They’ve lived happily together as a newfound family ever since. Jericho has always lived his life in the limelight. He’s the son of a former NHL player, and began wrestling at an extremely early age. On top of that, it seemed success was simply easy for him to attain. Title after title began raining down for him, and he was quick to be swept into fame and fortune.

His wife Jessica Lockhart is one of the more grounding influences in his life. She’s absolutely stunning, with flowing blond hair and blue eyes, and it’s easy to see how the two married after first meeting in high school. Together, they’ve raised three children: a boy and two twin girls.

11 popular celebrities who are surprisingly single – You will be shocked to see this! (With Pictures)