7 yr old girl: “My father touches me, puts his manhood in my mouth and ask me to… (Must Read) 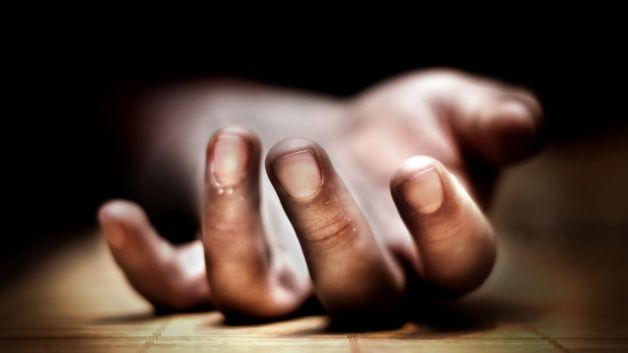 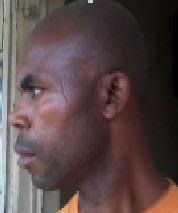 7 yr old girl– A 7 year old girl (name withheld) has narrated how her father Chukwuemeka Odunzie, pictured above molested her by touching her body and putting his manhood in her mouth and afterwards gives her money so she wouldn’t tell anyone.

According to Vanguard, the young girl who is a primary 3 student and resides with her parents at their Ojokoro Housing Estate, Meiran, Ijaiye, Lagos, said her dad usually touched her private part whenever her mother wasn’t around or was busy with domestic work

“My daddy usually gives me money after touching my private part or putting his penis in my mouth. He touches my private part when my mother is outside washing clothes or when she is not in the house.” she said

The victim’s mother, Mrs Odunzie, while narrating her experience said she began to notice something was not right with her daughter who later confessed that her father was molesting her.

“Last year, my son told me that his younger sister was fond of playing with her private parts. It sounded strange that a seven-year-old child would be doing that. I will talk to her, scold her and sometimes beat her. There was a time I told my husband. All he said was that if she was acting strangely I should take her to any of these white garment churches. I was alarmed when one day, while we were in the sitting room, she started touching and playing with herself. Immediately, I called her inside the room and asked her what the problem was. I asked her if anyone was fiddling with her private parts. She said it was her father that always touched her private parts and that after touching her private parts, he would give her money. I confronted my husband when he returned from work but he denied vehemently. I reported a case of defilement to Ebenezer Divisional Police and the policemen invited my husband for questioning. He was arrested later by the police, who gave me a report to take my daughter to the hospital. The doctor said there had been no penetration, but that there is an opening in her virginal and advised that the victim be tested for infection. By the time we came back from the hospital, the IPO said it was a family issue and that we should go home and settle the case. Members of his family were shouting, saying that I had no right to report the case to the police, that it was a family issue that should be treated as one. They pressurized me till I withdrew the case, after which he promised not to defile our daughter again. After I withdrew the case, my husband began to beat the children at the slightest provocation. And at times, he would beat them for no tangible reason. Two weeks ago, it happened again. I asked her what she did for her father that made him give her money without giving her siblings. That was when she said that daddy gave her the money after touching her private part. Her siblings said it had been ongoing for a while and that they refused to tell me because the last time they did, their daddy kept beating them. Her brother said whenever I was not around, or I was outside washing clothes, daddy would send him and his other siblings inside the bedroom, while he would ask the victim to kneel down in between his legs and bend her head towards his manhood. She also confirmed that after touching her, daddy would put his penis in her mouth. There was even a time my daughter was caught in the act with a four-year-old boy, who is a neighbour’s child.”she said

The swine of a father who confessed to the crime, said he molested his own daughter once and that he wasn’t doing it for any thing fetish or occultic. He has since been handed over to the police.

5 types of men EVERY woman wants