The 5 biggest annual festivals in Nigeria (With Pics) 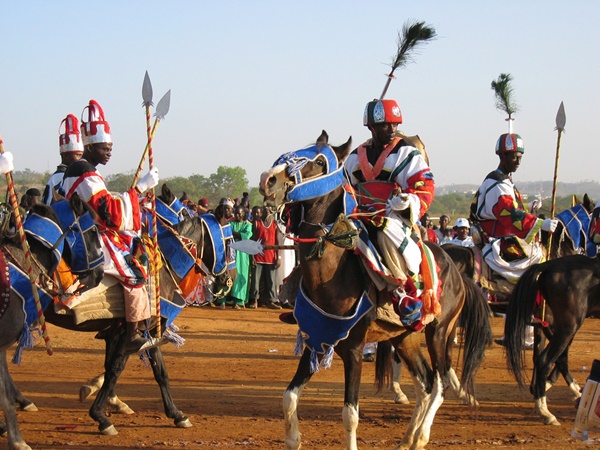 Biggest annual festivals in Nigeria: Italy and Brazil may be known as the flagbearers for street carnivals but in recent times, other countries like  Nigeria, have began boosting their local festivals and now stand a chance at competing with the latter giants. While festivals are not new to Nigeria, the most popular ones lure tourists from around the world on a visit  to the country annually.

From the Eyo Festival to riverine ceremonies, there is a variety of events that showcase the religious history, music, art indigenous folklore and cultural heritage of the nation. Jovago presents the top 5 of these festivals that are held annually across the country. The most prominent festival in northern Nigeria, the Durbar festival is popular in Maiduguri, Kano, Katsina and Zaria.

Originally intended to mark the advent of a war between ancient kingdoms or regarded as a form of military showcase to the Emirs and their councils to extol the fighters who defended the territories, the festival is now performed as a ceremonial parade.

The parades are filed with aesthetics, colors and are a major part of the Id el Kabir and Id el Fitri celebrations, marking the end of the holy month of Ramadan.

Prev post1 of 5Next
Use your ← → (arrow) keys to browse
Tags: Biggest annual festivals in Nigeriafestivalsgist and gossipstaff
Share12Tweet8Pin3SendShare