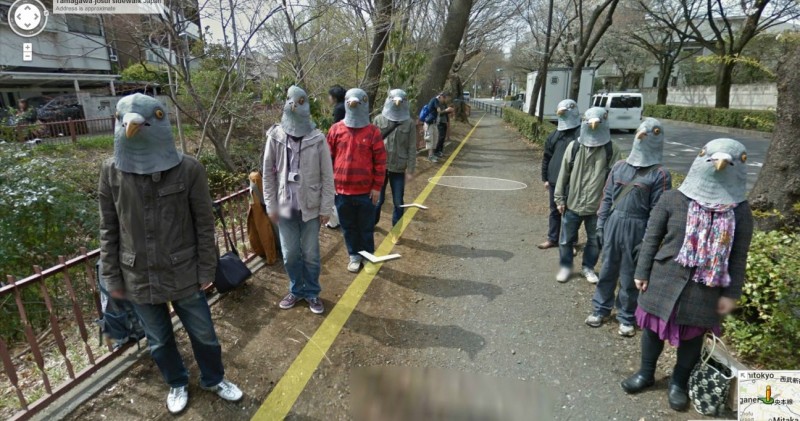 Strangest things seen: Google Maps and other similar services are technologies that have grown exponentially in the last couple of years. Prior to their invention, those who wanted to get directions to a specific location in the near future would have to either get a physical map or use a special satellite navigation system.

That has all changed now though, as a simple click of a few buttons on a keyboard now allows users to go on the internet and get directions almost immediately to any destination. They can then use this information by printing it or using their smartphones and tablets while travelling.

However, a more recent advancement to Google Maps is Google Street View. This is essentially an interactive photograph of the roads and pathways around countries like the US and UK, showing you exactly what those places look like without you ever having to visit them. This is especially useful if you are looking to go somewhere and want to get an idea of what it looks like, so that you can find it easily or so you can view what an area is like before you go there. In order to populate streets with the images, Google sends special cars with 360 degree cameras that take photographs.

This can cause some problems, though. Sometimes the cameras capture unexpected or downright odd photographs because people were unprepared for the vehicle’s arrival (or the very opposite). Regardless of the reason behind the picture, Google Street View is littered with bizarre and strange images from all over the world.

Known as Horse Boy, for reasons that you can probably notice almost immediately, this man has been seen in various Google Street View images since 2010. He was first noticed in the Hardgate area of Aberdeen in Scotland. With his bright purple jumper, dark trousers and rubber horse head, the man has become famous on the internet for his wacky appearance and the fact that he seemed to be able to get himself in a large number of photographs on the service. His identity has never been revealed but many people have claimed to know who he is, although they have never said why he walks around in a horse’s head.