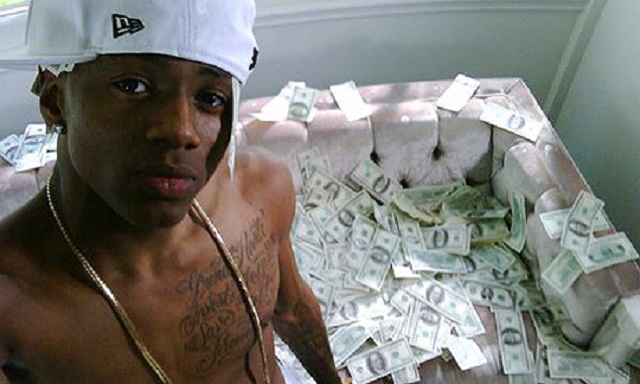 Celebs who live bigger lifestyles than they can afford – It’s pretty embarrassing to see celebrities refuse to give up the life of luxury when everybody knows that they aren’t making as much money as they might have made before.

For some of the people listed below, they are just plain silly to think that, just because they’ve had a little bit of fame from reality shows and social media endorsement deals, they can spend money like crazy. And, of course, this usually sees them filing for bankruptcy within a year or so. For some celebs, it’s not so much that they don’t mind cutting down their spending habits, but more so of the idea that they feel the need to buy new designer clothes, cars and mansions to keep up with people that have actual wealth. Several people in this list are notoriously known for spending each of their paychecks on designer clothes, then struggles to keep up with their maintenance bills for their multi-million dollar homes. Oh, and let’s not forget those who don’t pay their taxes. There’s nothing worse than struggling with spending habits, and then learn that you owe the IRS millions of dollars. See who this has happened to below. Jermaine Jackson thinks that buying lavish gifts for himself would make his lack of child support payments disappear. Unfortunately, that’s not the case (obviously). Jermaine has had several run-ins with the mother of his children, claiming that Jackson had not paid his share of child support in years. Instead, the ‘70s Jackson 5 singer has been busy splashing thousands of dollars on clothes and cars. His priorities are clearly not in the right frame of mind if you cannot even afford to take care of your kids. Especially when you are a Jackson.

12 Awkward photos of singer Iyanya and his female female fans – A lot of things happened!