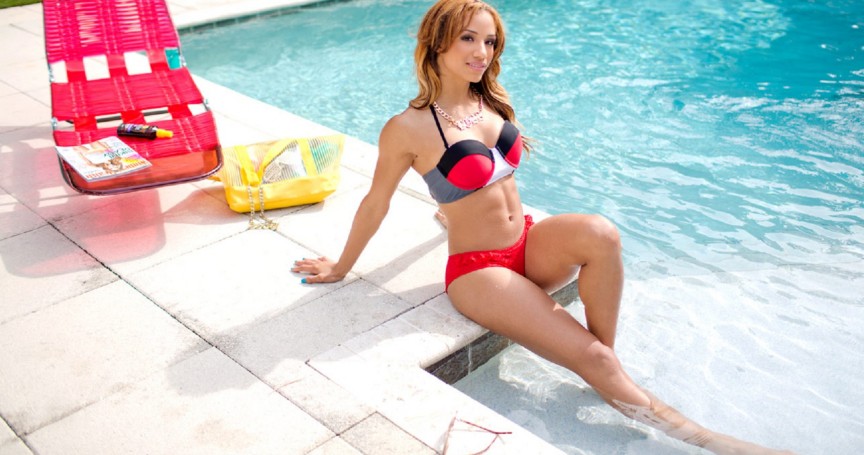 Sasha has put on multiple awe-inspiring matches this year, starting with her brutal encounter with Becky Lynch back at NXT TakeOver: Unstoppable. The match left both competitors battered, but in the end, Sasha was able to escape with her beloved title.

Then, she went on to have an absolute classic match against Bayley at NXT TakeOver: Brooklyn in front of a crowd of over 15,000 people, putting on one of the finest matches ever seen in the WWE. Unfortunately, Sasha lost the title, but had a chance at redemption in a 30 minute Iron-Man match atNXT TakeOver: Respect. In what would be the longest women’s match in WWE history, the two wrestlers had an incredible back and forth match, that eventually saw Bayley, yet again, pull out the big win.

Even though this was a great year for Sasha Banks, at only 23 years old, it’s fair to say she’s just getting started with this whole “being awesome” thing. So, while the following pictures are no doubt, must see, be sure to check out the intriguing facts about “The Boss”, and see why she’s worked hard to be one of the best in pro wrestling!

At last year’s Halloween, Sasha unleashed this fantastic costume that sent the Internet abuzz with her sexy take on the ever-popular Batman villain, The Joker. She already has the colorful hair down, so it was just a matter of putting together the details, which she did quite nicely.

Notice the face makeup is on the classic side, feeling more of a Jack Nicholson vibe with this look, and the neon green bows are a great touch. The previous year, she went as a glamorous zombie, and with Halloween just around the corner, what will she be this year? Going as Bayley would be an appropriate and amusing choice for a costume.