11 celebrities who turned down Playboy – You never knew this (+Pics) 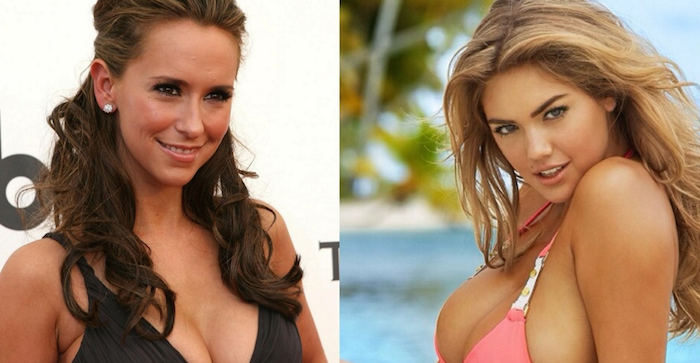 Celebrities who turned down Playboy: Founder and editor-in-chief of Playboy magazine recently announced that the magazine will no longer feature fully nude women. The decision was made after careful consideration and as form of keeping up with today’s modern thinking. Content manager Cory Jones said that there will still be a Playmate of the Month but that all photo shoots will be PG-13. The models will still pose in a provocative manner, but will remain clothed. The decision was made earlier last month as an attempt to raise sales. The magazine used to distribute up to 5.7 million magazines back in the 1970s but as of now those numbers have dropped down to 800,000. The decision could be consider as rather bold since the magazine has to basically re-brand itself and the change might polarize some of its current readers.

Below is a list of the top 11 celebrities who have turned down Playboy’s offer to be photographed by Playboy. The announcement of any of these beautiful women posing for the magazine would definitely call the attention of any casual reader and could possibly help increase sales considering some of these women have never posed nude for any publications. Since Katy Perry’s debut, the world has known her as the sexy pop singer who kissed a girl and liked it. Daughter of a pastor, Perry has always gone for a more sexy appeal in the music industry and is easily one of the hottest musicians around. It might surprise some to learn that the singer refused to pose for the famous gentleman’s magazine when she was asked to do a spread for Playboy.

Although the singer models her fashion after burlesque girls, Playboy is something she would not do. Maybe it’s her upbringing that is preventing her from posing as a centerfold.

10 Sexy female wrestlers that posed nude – #1 is a MUST see! (With Pictures)