11 Devils Buhari MUST battle from now till 2019 (With Pictures) 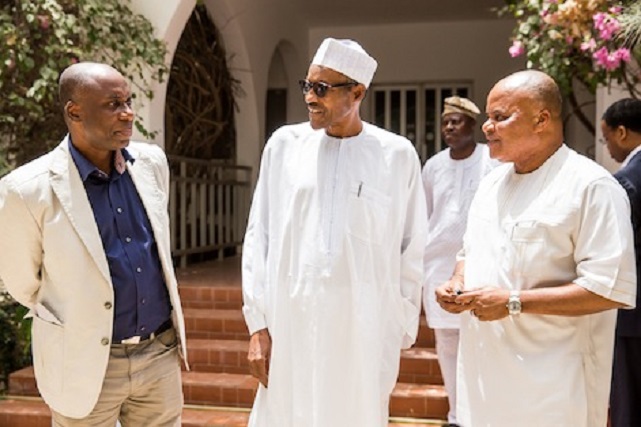 Devils Buhari MUST battle from now – President Muhammadu Buhari is not new to wars. He has fought and won many battles while he was a military man. Just like Boko Haram members are one of the arch enemies of Nigeria’s security, there are other devils Buhari must battle if he is to end his four year tenure on a remarkable note, with encomiums from the Nigerian people.

Gallant officers are never scared of assault from the enemies. It is only in rare cases that soldiers abandon their post and flee due to the superior firepower of the enemies.

Nigeria is a complex country. The nation is made up of diverse ethnic groups with vested interest. These diversities should be well studied and known before anybody attempts to lead the country. Hardly a day goes by, without one or two crises popping up in some parts of Nigeria. It will be a disservice to the citizens if people elected to serve the country fail to discharge their duties as they should be done. Some of these national challenges include absence of social welfare, security of lives and properties and a prosperous economy.

It is not uncommon to see a president who comes in as a hero and enjoys people’s goodwill on assumption of office turns out to be a villain when he leaves office. The reason for this is simple. Such a president would have been submerged in the challenges facing the country while he governed.

During election campaigns, he might have promised Nigerians heaven and earth. Then, he could have said he will turn the country into “Eldorado” in a couple of months. However, the story changes after months in office. He sees a different picture when he starts work. He would not know when 24 hours turn into eight years without a tangible achievement. The next thing for him is to plead for an additional four years. He is denied. Thereafter, he leaves office unceremoniously because he failed the electorates to turn their woes into fortune.

There are different shades and shapes of devils Buhari must battle. He has to go the whole hog fighting this war in other to succeed. The president must tread softly because the Nigerian ground is slippery. Also, the devils are the canker worms retarding Nigeria’s development. They have become recurring decimals.

Buhari’s predecessors all boasted they will surmount these problems, but failed woefully at the end of the day. They achieved little or nothing.

The president should know that his integrity is at stake. How he goes about calming frayed nerves of Nigerians should be his daily headache. He should swing into actions immediately. If he fails to do so, he may be astounded that these devils might have grown bigger come 2019.

These are the sycophants. They always make their way to the corridors of power. They deceived Chief Olusegun Obasanjo during his third term brouhaha. They told Doctor Goodluck Jonathan that all Nigerians wanted him for a second term. They came as Transformation Ambassadors. They doctored millions of signatures of Nigerians and told Jonathan they were from Nigerians who wanted him for a second term. A good number of them became overnight billionaires after the 2015 general elections.

See the Nollywood actors that got plots of land and other gifts from Gambian president – See why!