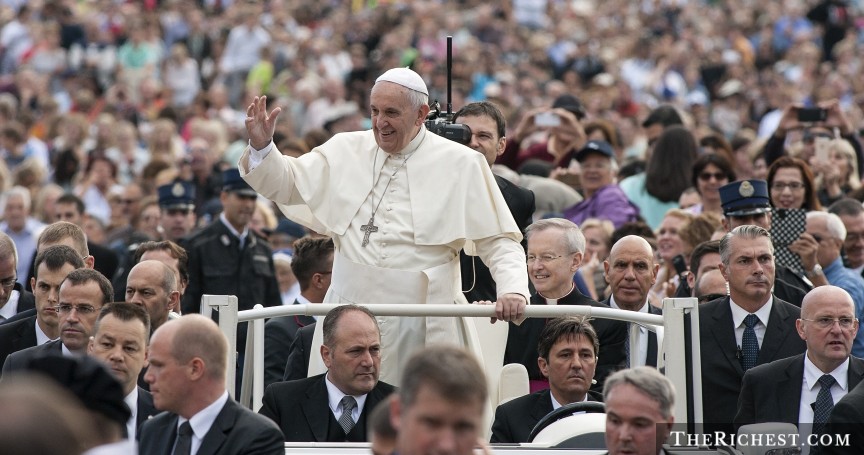 Shocking facts about Pope Francis – Cardinal Jorge Mario Bergoglio of Argentina became Pope on March 13, 2013 at the ripe age of 76. As the 266th pontiff of the Roman Catholic Church, he was the first to take the name Francis.

There is no refuting that Pope Francis is special. He is taking the Roman Catholic Church and bringing it into the 21st century, and by doing so he is connecting with a generation that had almost forgotten about religion.

Most of our generation’s Catholic youth had lost touch with the Church because of the old-school ideologies surrounding issues such as homosexuality, for example. However, Pope Francis is changing that; his firm beliefs of being a child of God and that each of us hold a unique spot in the world are just some of the reasons why he is so loved.

It is hard to deny how unique and amazing Pope Francis is. His fresh look on Catholicism and the world in general is truly exemplary. With all the hype surrounding his American visit, we thought it would be fun to tell you some facts about the Pope you probably didn’t know! Pope Francis is by far the coolest Pope we have seen in our lifetime and the world is lucky to have him.

It’s no secret that Pope Francis is a highly intelligent man. However, not many people know just how educated he is. The Pope studied philosophy at the Catholic University of Buenos Aires. He also earned a masters degree in Chemistry from the University of Buenos Aires. It is interesting that the Pope has a degree in science because it allows him to understand different aspects and theories the world has to offer, which is only one of the reasons he is such an awesome Pope. He has educated himself outside of the education system as well, gaining knowledge from all walks of life.