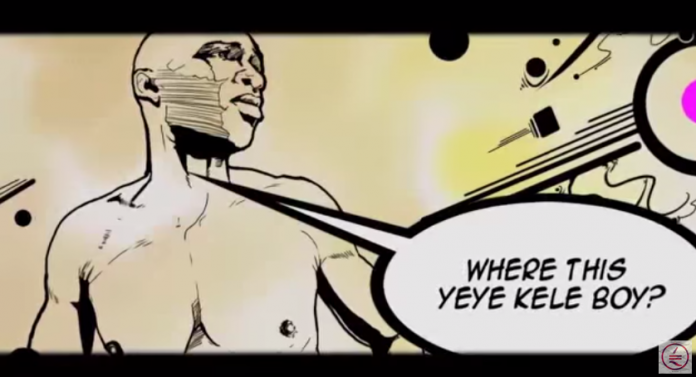 As Ruggedman was dissing a lot of folks then, someone forgot to tell him not to try ModeNine, and then he did. What King Modo replied with is arguably the best hip-hop diss song in Nigerian history. I mean thinking about it in a boxing context, it’s like landing blow after blow to your opponent but saving the knock out punch so he suffers more before he’s knocked out. It was really the first time anyone had really gone in and still kept it lyrically tight 100%. Kermit the frog vs Leonidas!

“You rap for mechanics I rap and you panic leave you manic depressed damn it, im too NICE,I expose you, now your covers compromised, shame on you, now pull your head warmer over your eyes,Take it off , eh hen !! Modenine is with the prize, Im bigger than you lyrically forget about size , heard your third albums gonna be your last bye bye,” …

“Ama RHYMZO that ass you’re a boomboclot!!!!!!!!!Head warmer in the sun , whut are you, don’t let me 50 Jah you( 5o cent , jah rule)End your already ending career and discard you,Let me help you out you got a little money ,, MAINTAIN got more money than you aint that funny,[b]No , the funny thing is you’re a dancer now , trying to compete with KAFFY and SUZIE howww,Mr Penguin Happy feet just got served ,banging didn’t bang”

This might be why since then, there really hasn’t been anyone of significance that has really tested Modenine. You really don’t want none of that for real.

Insider claims Janemena hasn’t been in contact with her husband, advises…