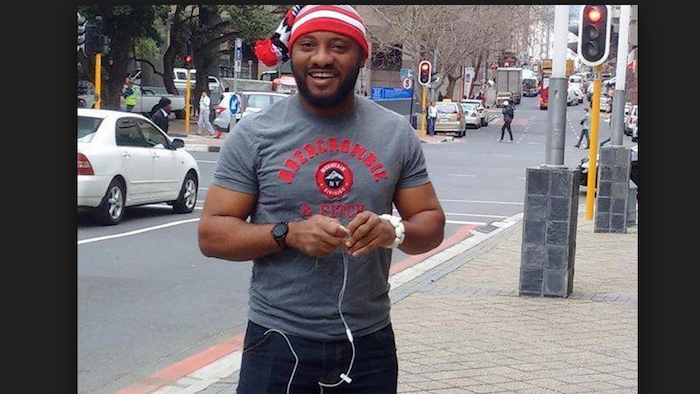 Yul Edochie who is the Son of Nollywood veteran actor, Pete Edochie was recently attacked in Enugu by armed robbers althoughe he was lucky to escape he got himself injured in the process of trying to run as he ran into a glass door. See a photo of his injury below: The Nollywood actor said that he was attacked at an hotel in Enugu alongside others that lodged there on Friday night. Yul was in Enugu for the shooting of a new movie and was due to return home to his family in Lagos soon.

Narrating the ugly incidence, Yul Edochie said: ” I Really wish it’s a rumour but its not. This really happened. I was attacked by armed robbers on Friday night in enugu while I was relaxing in my hotel premises after the day’s shoot.”

He continued by saying: “Luckily I escaped but unfortunately I crashed into a glass door as I was running for dear life and sustained this cut on my ear and a few bruises. Not a funny experience at all. I’m back to Lagos to run a full scan to be sure all is well inside. I thank God for His protection.”