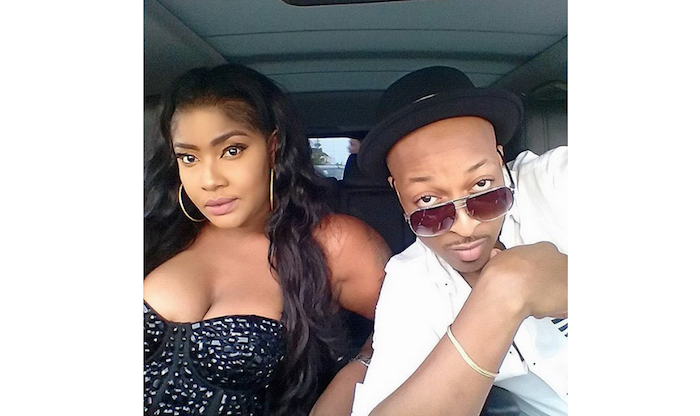 Nollywood actress, Angela Okorie hit back at people who are criticizing her for flaunting her boobs online as a married woman. The actress stormed the internet yesterday with pictures in which more than half of her boobs were exposed. She then uploaded another picture of I.K

Ogbonna staring at her breasts. Some people called her a stripper for dressing that way, others say she’s too exposed for a married woman. Responding to the mean comments on Instagram by concerned fans, the actress shared yet anither picture and wrote “Angela your married, Angela Your Married, is it your Married Ni, handle your ur own Single and plural let me handle my married. Boobs Still On point.”