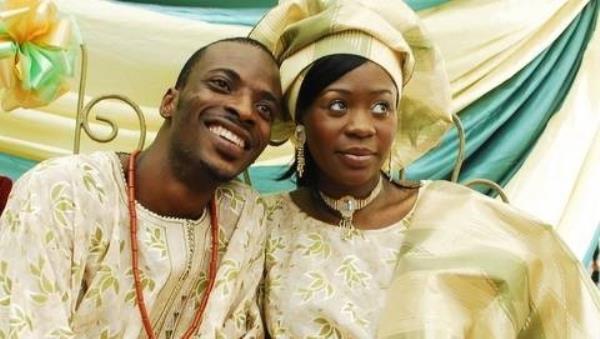 Before now, Ruggedman and 9ice were very close friends. In fact, some people started to know about 9ice when the rapper featured him in one of his songs back then entitled ‘Ruggeddy Baba.’ There have been talks that it was this Abia State-born artiste that gave the Oyo State-born singer the platform to become who he is today.

According to what some insiders said, 9ice met his former wife, Toni Payne through Ruggedman. But today, the two hardly see eye-to-eye.

When 9ice released his controversial single, ‘Once Bitten’, tongues wagged. Rumour-mongers claimed 9ice sang about his marriage in the song. Many were quick to say 9ice was referring to Ruggedman as the man he said he caught sleeping with his lover.

What made the issue to look credible was that it was almost after the release of the controversial song that 9ice ended his marriage with Toni Payne.

READ ALSO: Why I Don’t Flaunt My Photos Online Like Others—Stella Damasus

Though some of 9ice’s friends were expecting him to speak with the media that he was not referring to Ruggedman and Toni Payne in the song, but this did not quickly come, which made some of them to conclude that 9ice was happy with the controversies surrounding the song, which was boosting its rating on the charts then.

Speaking on a TVC programme, ‘Entertainment Splash’, which was well-monitored byNigeriafilms.com, 9ice explained that he is yet to forgive Ruggedman.

According to him, he cannot forgive the rapper because what caused the ‘malice’ between them was yet to be settled.

He said, “I can’t forgive Ruggedman if he does not apologise to me.” When asked the offence the rapper committed, the singer, who is now a Special Assistant to the Oyo State governor, Abiola Ajimobi, said, “He interfered in another man’s matter.”

He further revealed that, “Ruggedman did not sleep with Toni Payne, he dares not do that,” saying in Yoruba language that ‘Iyawo ole ni won ma ngba’, which loosely means ‘it is only a lazy man’s wife that can be snatched.’

Top 10 craziest, wildest and most eccentric athletes of all time