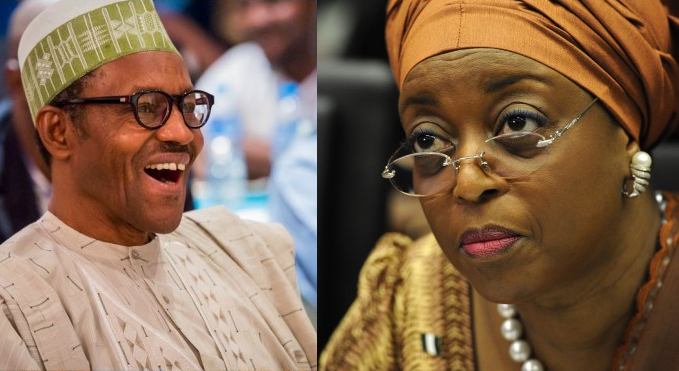 Diezani’s arrest – For the first time since the arrest of Nigeria’s former minister of petroleum, Diezani Alison-Madueke in London on October 2, the presidency has revealed its position on the case. The ally of former president Goodluck Jonathan was arrested by the UK National Crime Agency…

over allegations of corruption and money laundering, and has since been released on bail, but the presidency decided to keep silent about it until now.

The president’s senior special assistant on media and publicity, Garba Shehu, told Premium Times that the government is not ignorant of the arrest as it had been duly informed.

However, they are still not willing to say much about the arrest, but will keep Nigerians abreast of happenings as the investigations continue.

Shehu said: “The government is aware of the arrest and all the government investigative agencies are working very closely with the British law enforcement.

“Nigerian authorities are saying for the first time that matters are being handled with seriousness and deep commitment. Nobody wants to give the impression that this government is frivolous and unserious.

“For this reason, government is only confirming active collaboration. Beyond this, we are not saying more. In due course, Nigerians will be briefed on updates as appropriate.”

Speaking also on the identities of the other four people arrested alongside the former minister, Shehu was quite evasive as he said: “As I said no one is willing to provide further details at this point.”