The 10 most embarrassing celebrity social media feuds – #4 & 2 will leave you in stitches! (With Pics) 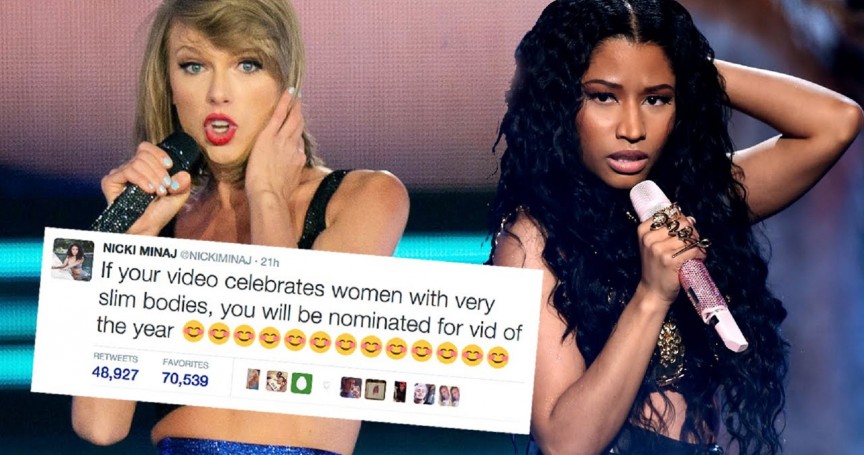 Most embarrassing celebrity social media feuds – Sometimes it’s tempting to start a fight on social media. You have time to craft the perfect response to whatever they did or said that pissed you off, you don’t have to worry about the unpredictability of an in-person confrontation,

and you can hide behind a computer screen and just ignore them when they end up shutting your argument down in 150 characters or less. If you have a problem, it’s probably best to bring it up with someone face to face, or else you kind of look like a coward.

But celebrities do it all the time. They read some out of context quote a celebrity acquaintance made in reference to them and take it personally. Celebrities are all about throwing shade. It’s actually part of their marketing strategy. A good, solid social media feud can get them in the headlines for the day, and then people remember they exist, despite not landing a starring role or releasing any new music for the last 5 years.

Some celebrities get sucked into ridiculous feuds despite their best efforts, while others have a way of attracting the drama, and commenting before thinking. You can always delete a tweet, but chances are, it was already screen shotted and shared a million times. The internet doesn’t forget. Here are 10 social media feuds that probably had these celebs hanging their heads in shame. For all her talk about how important her female friends are to her and why they need to support each other, Taylor Swift sure likes to get into fights with other women. It’s no secret that she and Katy Perry have been enemies for awhile now, and her song “Bad Blood” is probably about their feud. Whether it was started by John Mayer (they’ve both dated him), or some drama involving Katy stealing back up dancers away from Taylor’s tour, the two went from friends to enemies pretty quick.

After Taylor talked about their feud in a Rolling Stone magazine interview (but never mentioned Katy by name), Katy tweeted, “watch out for the Regina George in sheep’s clothing”. She also got involved in the Minaj vs. Swift feud, with the tweet “Finding it ironic to parade the pit against other women argument about as one unmeasurably capitalizes on the takedown of a woman.” Although the tweet barely makes sense, it’s pretty clear who it’s directed towards. The embarrassing thing about their feud is they never speak directly to each other, they just tweet veiled insults, and let everyone speculate. Or maybe it’s all just a publicity stunt.

The 10 most expensive mansions owned by footballers (With Pictures)