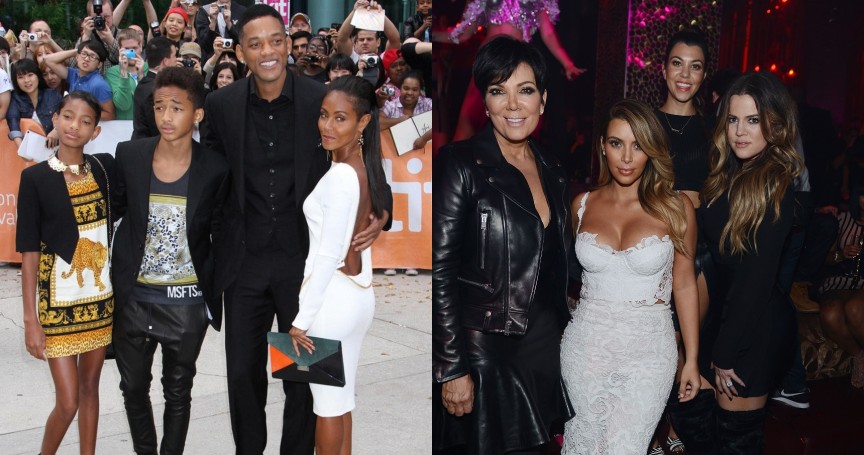 Most powerful families in Hollywood – Many Hollywood celebrities seem to have spontaneously sprouted in Los Angeles. While a lot of celebrities are from the Los Angeles area, many are from small towns across the nation who move out while they’re young to make their dream a reality.

Occasionally, they speak a bit about where they’re originally from or make reference to certain family members and traditions, but in general, most Hollywood celebrities are fairly individual entities in the public eye. For the most part, that is. You see, there are a few Hollywood families whose entire family dinner could be captured by the paparazzi, because nearly everyone in the family is a powerful influencer in the entertainment industry.

Some of these families have achieved an enormous amount of fame and fortune over the generations, and have a proud lineage of Hollywood A-List actors, producers, and directors in their family tree. And then, there are the new breed of Hollywood royalty – families who have risen to superstardom as a family unit, either by working on projects such as reality television shows together, or successfully pursuing individual projects – or, in many cases, both.

We all know about the British royal family, but when it comes to Hollywood, there is a whole different breed of celebrity royal families, in which every member is endlessly watched and stalked by the paparazzi. Here are 10 of the most powerful Hollywood families.

Before the Kardashians urged the entire world to keep up with their pursuits, there were the Osbournes, the original reality television family. On paper, it seemed a bit strange – sure, everyone was interested in seeing the private life of notorious Black Sabbath frontman Ozzy Osbourne, thanks to his larger than life personality. But would the rest of his family be interesting? Turns out they were – viewers tuned in week after week to see Sharon, Kelly, and Jack. The show brought each family member into the public eye, and they’ve managed to turn that into larger success in the entertainment industry. Sharon Osbourne has become a daytime television staple, co-hosting The Talk, and Kelly became a darling of the E! network on the delightfully catty Fashion Police. Even Jack, who has maintained a bit of a lower profile, has had a series of acting gigs.

10 of the most scandalous celebrity photoshoots ever (+Photos)