The 11 most photogenic celebrity mugshots (With Pics) 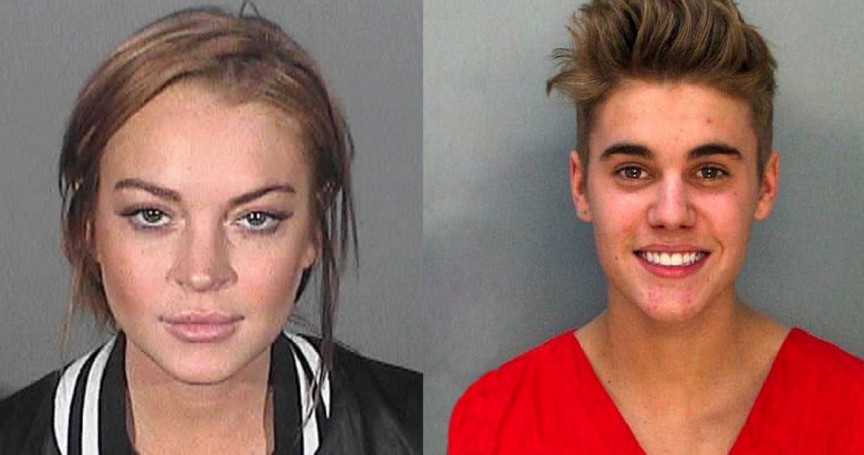 Most photogenic celebrity mugshots – The life of a celebrity is not all glitz and glamour as some people may believe. They constantly like to remind everyone that just because they are public figures doesn’t mean they are perfect.

Khloe Kardashian shows off gifts she received during her…

No need of reminding, though. Most regular folk know just how regular celebrities can be, especially when they falter on the wrong side of the law. Celebrities make mistakes and they get in trouble with law enforcement what almost seems like clock work these days. Perhaps it’s because they know their celebrity status can get them out of trouble?

As rich and famous as they may be, there is no eluding the authorities if you have violated the law. Some celebrities like Paris Hilton and Nicole Richie are known as bad girls and were kept relevant for years because they kept getting in trouble with the law.

However, these celebrities appear to have kept their cool during booking and managed to make their mugshot look like a head shot for their portfolio. Call them stupid all you want, but people like Hilton, Richie, and even Lindsay Lohan are smart enough to know that there is no such thing as bad publicity. Heck, maybe that’s why they got into so much trouble with the law in the last decade.

Below is a list of the top celebrities with the most photogenic mugshots around. These celebrities look so good that it makes you wonder if they had their makeup artist with them prior to the arrest. The fierce and sexy Michelle Rodriguez from the Fast and Furious franchise had a little run-in with the law back in her Lost days. In April of 2006, Rodriguez was charged for violating her probation when she was pulled over in Kaneohe, Hawaii, in 2005 for driving under the influence. The starlet was on a 36-month probation that was issued to her after another DUI and hit-and-run incident from 2003 in the state of California.

The star pleaded guilty for a felony offence but only had to serve five days in jail and a fine of $500, a penalty that allowed her to get her life back on track with ease. Her natural beauty is what really makes this photo so appealing. Rodriguez plays a tough girl on the screen and apparently is one in real life, making her all the sexier.

Why actress Stella Damasus is hiding her teenage daughter