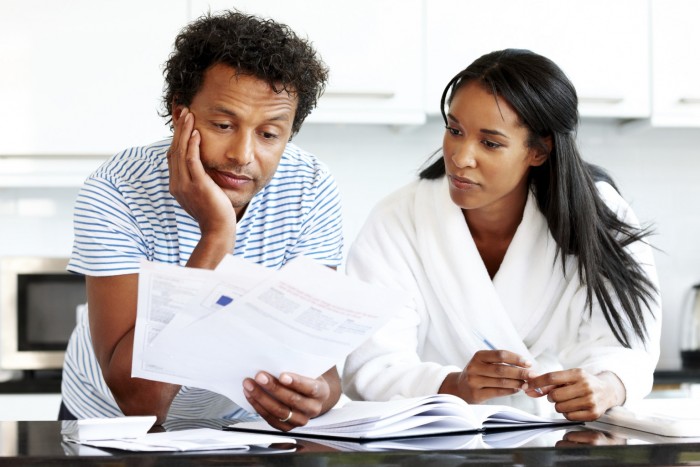 Ways money affects relationships – A couple of weeks ago, I wrote about the social impact of being on the dole. While very real and very present, it has nothing on the 800-pound gorilla in every unemployed man’s room: the impact on relationships.

Both in the past and present, no obstacle I’ve overcome with unemployment comes close to the emotional toll placed on a relationship between two young, struggling adults. You may have a strong, supportive social network. Your family likely still holds you in high regard. But nothing — or at least nothing I’ve experienced — can approach the castrating feeling of being a man who’s barely able to provide for himself, let alone someone else.

Back in 2009, I was unemployed and found myself at what would be the tail end of my longest relationship to date (five years, which is a long time when you’re 25). Even if things are solid, unemployment will test your resolve. If you’re already on shaky ground, you’re doomed. Don’t believe in gender roles? Try losing your job.

While most couples my age have jobs with similar incomes and thus split most expenses evenly, the paradigm shift is downright shocking when you as the man are no longer able to hold up your end of the financial and social bargain. To make matters worse, my then-girlfriend had recently enrolled in grad school, so we went from living off my income to living on next to nothing. My unemployment benefits were enough to pay my rent, and her loans covered hers. There wasn’t much left between us for anything besides the weekly food shop.

I know many of you will profess to having spouses and girlfriends who remain steadfastly supportive throughout your hardship, but that kind of patience and maturity is a lot to ask of a fledgling couple in their early 20s. It’s a known fact that financial stress is a huge burden on a relationship, and that burden, for us, manifested itself in fights. Over everything.

SEE ALSO: Ladies, 9 things men do when they start falling in love with you..

Sitting at a computer obsessively looking for jobs does little for your self-worth as a man, and it gets even worse when she comes home from school or work and asks “Have you done anything today?” You have no answer, because, really, what have you done? Applied for some jobs, probably. Moped around? Sure. Even if her question is meant to be harmless, you’ll defensively read far too much into it: Through your filer, you instead hear: “You’re worthless, you’re squandering precious time, you’re not trying hard enough.” And depending on how you handle that kind of stress, you’ll get moody, super defensive, drunk or a combination of all three. I haven’t read the latest issue of Cosmo, but I have a feeling all three of those rank pretty low on a list of qualities women look for in a man.

Believe it or not, if she’s the one with an income, it gets worse. Once she graduated and got a good job with the government, we went from being struggling 20-somethings to an adult burdened with a lump of a man-child barely able to fend for himself. Drinks after work with your coworkers? Sorry, I can’t afford that. Not to mention, there’s nothing more embarrassing for a young man than explaining that he does nothing for a living. She calls the financial shots, and you feel powerless while she simultaneously grows frustrated by your inability to fill that role or even take part in the discussion.

Though I know she loved me, and I her, by the summer of 2009, things had degraded to the point where we were a shell of what we once were. She had a career ahead of her and new friends, while my idea of a wild Friday night was a six pack of Fosters and whatever movie was on Freeview. Plus, I psychologically couldn’t move forward with the constant picking, nagging and emasculation. We broke up and have hardly spoken since.

This time around, I’m handling things differently. For one thing, I have a new, much stronger (we are getting married, after all) relationship. She understands what it feels like and trusts me to do what is necessary to get back on my feet. For my part, I’m more mature now and better able to focus and keep myself busy so I don’t feel so useless on a daily basis. We’re also in a better position financially, so we’re at least able to afford the occasional modest indulgence, which is invaluable when it comes to keeping a relationship on solid ground.

More than anything else, we respect each other enough to know that while our roles have reversed (or at least shifted), it’s only temporary and doesn’t have any real impact on who we are as men, women or spouses. Are things tense? Yes, at times. We both get frustrated, but at least we have the sense to make those frustrations known rather than take passive-aggressive potshots at one another. Love and maturity both play a tremendous role.

If you’re unemployed and facing relationship difficulties, my advice is that you can’t communicate too often or too candidly. More than anything, a woman who loves you will want to understand your feelings and nurture you however she can, and you won’t do yourself any favors by hiding behind an insecure, defensive facade. It might not come naturally to you, but let it out. I don’t care if you need to be 10 drinks deep before it comes out; you’ll both feel a lot better if you have some real talk. Additionally, to avoid letting things degrade to that point, this article has several helpful suggestions.

Finally, don’t be afraid to walk away from a toxic situation. Unemployment is a fragile time, and if you’re doing the right things and your partner is still unsupportive, you owe it to yourself to get the hell out. It’s a very freeing feeling, and you may find that your relationship woes are making you more depressed than your joblessness is. The moral is to always be able to read between the lines.

Epic throwback photo of Timaya struggling with his shoes while performing goes viral..