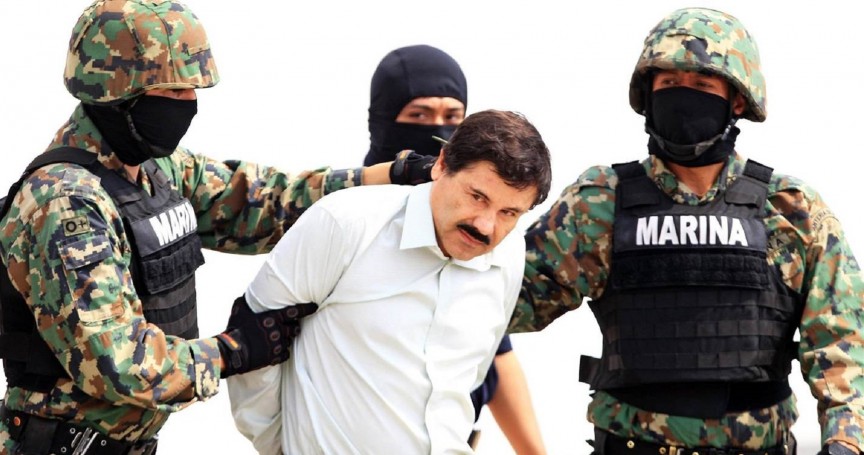 Most drug kingpins are killed by rival cartels, their hideouts raided by the DEA, or in the strange case of Christopher Coke, AKA “Dudus,” the kingpin of Jamaica’s notorious Shower Posse, they’re detained at a routine roadblock dressed as a woman.

Joaquin “El Chapo” Guzman, however, remains active and on the run. Called the “godfather of the drug world” by the DEA, the leader of the Sinaloa cartel has been captured twice. He’s also escaped from prison twice – the first time in 2001, hidden in a prison laundry truck, the second time in July 2015, through a complex tunnel system beneath his maximum-security cell. These are the sorts of stories and romanticized mythologies that surround Mexican drug cartels. Of course the reality is cartels are responsible for thousands of deaths and disappearances each year. Here are 10 shocking facts about Mexico’s drug cartels.

Striped prison jumpers and a latex mask representing drug kingpin “El Chapo” was the hottest selling Halloween costume in Mexico in 2015. Diego Esponda, CEO of costume maker Caretas, said that company produced more than 2,600 “El Chapo” masks. The notorious Sinaloa cartel kingpin experienced a surge in popularity when he escaped from a maximum-security prison cell in July. It’s the second time Mexico’s most wanted man has broken out of prison. The U.S. government has since announced a $5 million award for information leading to his capture.

4 reasons you should NEVER use sexual enhancement supplements – See this now!

Ladies, 6 reasons you are still struggling to find Mr Right – See this now!