The 10 corniest things Drake has ever done (With Pictures) 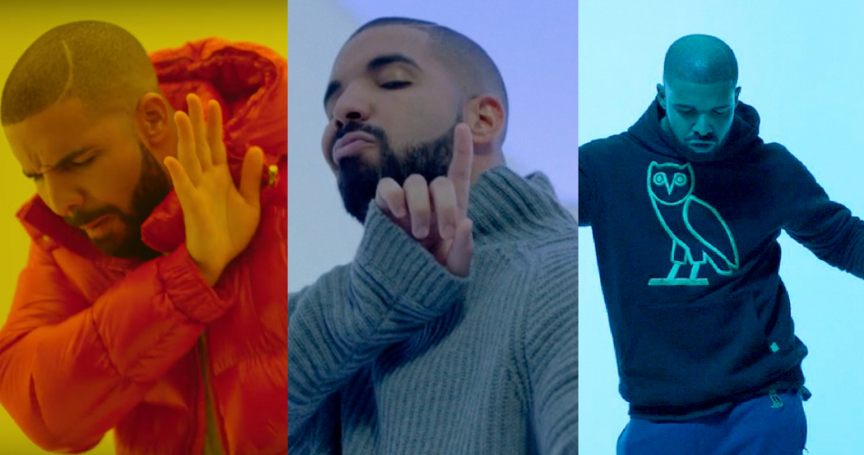 Corniest things Drake has ever done – Drizzy is the complete package, a gregarious celebrity talent who is redefining the genre of rap. Drake acts as artist, host, rapper, singer, actor, and, as proven by his Hotline Bling video, dancer and internet sensation. But not everyone is happy.

Many rappers and fans hate the guy, and have been questioning his authenticity for years. Charlamagne has called Drake, “A corny dude,” asked him, “Why you thuggin?” and compared Drake’s entourage to a flash dance mob at an H&M. Chris Brown has called Drizzy a, “corny singing rapper,” among other numerous expletives. More big names like Ludacris, Common and Jay Z have called Drake soft, and Diddy even punched him.

But does the whole street-cred thing really matter anymore? Or are good lyrics and a nice melody all we really need? Gone are the days of Tupac and Biggie; rap is now a multi billion dollar industry with changing standards and expectations. Hip-hop music has saturated affluent suburbs, and ushered in a new generation.

Aubrey Drake Graham was raised upper-middle class, played hockey, and attended a private school outside of Toronto. Drake admits his early life was, “the furthest thing from hood.” He’s made no attempt to hide the corny things he’s done in the past, so why should we?

Everybody knows about the DeGrassi High role by now, right? Drake’s big break was acting in 145 episodes of this corny serial TV drama. Drizzy played Jimmy Brooks, a basketball hero that ends up in a wheelchair. But this is no Saved by the Bell bubblegum fiction – Jimmy Brooks got shot at school by another student. So see, haters, Drake is no stranger to violence after all. Ok, that was a joke, just like Drake’s acting skills. DeGrassi can be pretty gritty at times, but sorry, Drake’s scenes are lacking a bit of pizzazz. He has a Grammy, but no Oscars in sight.

10 Shocking facts about the Mayans (With Pictures)